The slogan for this year’s Woman’s month programme is WOMANDLA – “Commemorating The Courage & Triumph Of HERstory”.

Now a beacon of hope for the South African democracy, Constitution Hill has, in its history, a painful past where many political woman prisoners were incarcerated for standing up for woman’s rights. These political women include Winnie Mandela, Albertina Sisulu, Fatima Meer, Barbara Hogan, and Esther Barsel. During this year’s women’s month campaign, the stories of these political stalwarts and ordinary citizens will be remembered and retold as life lessons for current and future generations to never repeat the atrocities of the past.

The programme for the month is a robust and engaging programme with overriding themes of reciting scenes of the past and having essential dialogues depict the plight of women in our present-day democracy as well as the pivotal role of our constitution plays. It is history as told by the voices of women, and therefore titled #HERstory.

The activities include a Democracy Dialogue by Thuli Madonsela, two exhibition launches, one of which depicts artworks by Fatima Meer which she painted while incarcerated at the Women’s Jail, a night tour and storytelling by former prisoners of the Women’s Jail, a Long Table Intergenerational dinner, as well as a commemoration of Charlotte Maxeke and Adelaide Tambo.

Full programme details can be viewed on www.constitutionhill.org.za/events. 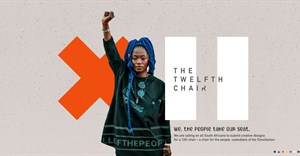