By: Daniel Dercksen
This week you can escape into the breath-taking action of Top Gun: Maverick; and take a wild ride with the world's most lovable Great Dane in the animated Marmaduke.

In the early 80s California Magazine published an article titled Top Guns, which inspired Jim Cash and Jack Epps, Jr. to write the screenplay for the film Top Gun. Now, 36 years later, Top Gun: Maverick is here, as one of the Navy’s top aviators is where he belongs, pushing the envelope as a courageous test pilot and dodging the advancement in rank that would ground him.

After more than thirty years of service as one of the Navy’s top aviators, Pete “Maverick” Mitchell (Tom Cruise) is where he belongs, pushing the envelope as a courageous test pilot and dodging the advancement in rank that would ground him. When he finds himself training a detachment of Topgun graduates for a specialised mission the likes of which no living pilot has ever seen, Maverick encounters Lt. Bradley Bradshaw (Miles Teller), call sign: “Rooster,” the son of Maverick’s late friend and Radar Intercept Officer Lt. Nick Bradshaw, aka “Goose.”

Facing an uncertain future and confronting the ghosts of his past, Maverick is drawn into a confrontation with his own deepest fears, culminating in a mission that demands the ultimate sacrifice from those who will be chosen to fly it.

“I don’t think I’m more proud of a movie that I’ve worked on to date than this film. It’s a movie I really can’t wait for audiences to see," says writer and producer, Christopher McQuarrie, The Usual Suspects Oscar-winner who has collaborated with Cruise since writing Valkyrie in 2008, and has since written and directed him in one Jack Reacher and two Mission: Impossible films, with another two on the way.

"This is the kind of movie they don’t make anymore. It’s epic in scale, it’s epic in scope, it’s epic in emotional depth, whether you have seen the original movie or not. It’s very much a modern film, but it’s steeped in classic storytelling,” he said.

“It was about the culture of these pilots and the competition that they all had with one another, and we wanted to bring some of that in. As a result, all the pilots in this film are more richly drawn. It’s a deeper bench but also a richer canvas. That tapestry of pilots all helps to serve an understanding of who Maverick is now. Obviously, this movie takes place over 30 years later. And we didn’t want to stop the movie and reflect upon what those 30 years were. We wanted you to feel that history unfolding while you were watching the movie.”

“I’d thought about a sequel to Top Gun for all these years,” says Cruise of only now returning, as actor and producer, to perhaps his most iconic ever role. “People had asked for a sequel for decades. Decades. Top Gun: Maverick is a legacy film for me. For us, me and Jerry. Making this movie has been a very emotional experience. When you ask me about that line, ‘It’s not what I am. It’s who I am’… It’s always been that way, in terms of my work and my life and my passion. And to have started this with Tony… And for it now to be finished… And, also, just the responsibility for the audience, which I always feel. You know, it’s 36 years later. I knew we had the story. I knew it was in the palm of our hand. But the emotion of it? Man, making this movie has been everything you can imagine.”

Directed by Joseph Kosinski. Story by Peter Craig and Justin Marks. Screenplay by Ehren Kruger and Eric Warren Singer and Christopher McQuarrie. Based on characters created by Jim Cash and Jack Epps Jr.

Our hero is a lovable (if out of control) Great Dane who is happiest when having fun with his family, the Winslow’s, especially when playing “Cowboy” with nine-year-old Billy. But, try as they might, the Winslow’s just can't seem to keep Marmaduke out of trouble.

When one of Marmaduke’s epic fails goes viral, the video catches the eye of a famous trainer who accepts the challenge of transforming Marmaduke into the winner of the World Dog Championship.

It’s a wild ride from there, with Marmaduke eventually taking centre stage, although not in the way everyone expected. In the end, Marmaduke and the Winslow’s realise that the most important thing in life is not winning but being true to yourself and the ones you love.

This playful pooch has been delighting fans since 1954. He currently appears in 660 newspapers, in 20 different countries worldwide. The strip won the National Cartoonists Society's Reuben Award for Best Comic Panel. There are two dozen Marmaduke books, which have sold more than 10 million copies worldwide.

Daniel Dercksen has been a contributor for Lifestyle since 2012. As the driving force behind the successful independent training initiative The Writing Studio and a published film and theatre journalist of 40 years, teaching workshops in creative writing, playwriting and screenwriting throughout South Africa and internationally the past 22 years. Visit www.writingstudio.co.za
Read more: Daniel Dercksen, Tom Cruise, #onthebigscreen, Nick Bradshaw, new film releases #OnTheBigScreen: What to expect in July3 days ago 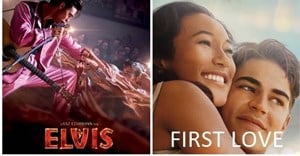 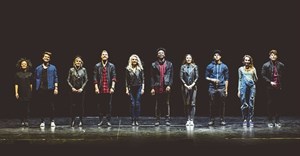