#OnTheBigScreen: Scream and The Lost Daughter

By: Daniel Dercksen
This week sees the release of the slasher-horror, Scream, and the drama, The Lost Daughter.

The best horror movies often leave a permanent mark on viewers. Perhaps that’s because fear is, in the words of author H.P. Lovecraft, mankind’s “oldest and strongest emotion.” A truly frightening film can have an especially enduring impact when seen at an impressionable age and that was certainly the case for the Scream filmmakers.

When Scream arrived in theatres on 20 December 1996, it broke all the rules and reinvented a genre that was sorely in need of fresh blood. Horror’s popularity was on the wane in the mid-’90s and hit films in the first half of the decade were increasingly rare. Fans had grown bored with the endless stream of recycled remakes, uninspired sequels and tired knock-offs that were being released on a regular basis.

Twenty-five years after a streak of brutal murders shocked the quiet town of Woodsboro, a new killer has donned the ghost face mask and begins targeting a group of teenagers to resurrect secrets from the town’s deadly past in Scream. Neve Campbell (Sidney Prescott), Courteney Cox (Gale Weathers) and David Arquette (Dewey Riley) return to their iconic roles.

Filled with nail-biting suspense and structured as a classic whodunit - but with a bloody twist - the film was both a terrifying slasher movie and a loving homage to the genre itself. The film is directed by Matt Bettinelli-Olpin and Tyler Gillett, from a screenplay crafted by James Vanderbilt and Guy Busick.

Alone on a seaside vacation, Leda (Olivia Colman) becomes consumed with a young mother and daughter as she watches them on the beach. Unnerved by their compelling relationship, - and their raucous and menacing extended family - Leda is overwhelmed by her own memories of the terror, confusion and intensity of early motherhood.

An impulsive act shocks Leda into the strange and ominous world of her own mind where she is forced to face the unconventional choices she made as a young mother and their consequences.

The film is written and directed by Maggie Gyllenhaal, based on the novel The Lost Daughter By Elena Ferrante and stars Dakota Johnson, Peter Sarsgaard and Jessie Buckley.

Gyllenhaal, who makes her directorial debut, said: “When I read the novel, The Lost Daughter, something came through to me that was very strange and painful, but also undeniably true. Some secret piece of my experience as a mother, lover and woman in the world was being spoken out loud for the first time. And I thought, how exciting and dangerous to create an experience like that - not quiet and alone with a book - but in a room full of living, feeling people.

“What would it feel like to sit next to your own mother, husband, daughter or wife as common feelings and experiences that have been kept hidden are exposed? Of course, there’s terror and danger relating to someone struggling through things that we’ve been told are shameful or ugly.”

“But when those experiences are put up on the screen, there’s also the opportunity to feel comforted - if someone else has these thoughts and feelings, maybe I’m not alone. This is a part of our experience that is only articulated rarely and mostly through aberration, disjuncture or dreaming,” Gyllenhaal added.

Daniel Dercksen has been a contributor for Lifestyle since 2012. As the driving force behind the successful independent training initiative The Writing Studio and a published film and theatre journalist of 40 years, teaching workshops in creative writing, playwriting and screenwriting throughout South Africa and internationally the past 22 years. Visit www.writingstudio.co.za
Read more: movies, Film, Daniel Dercksen, new movies, Olivia Colman, new films 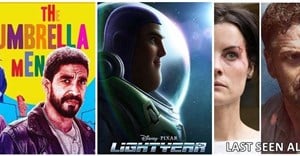 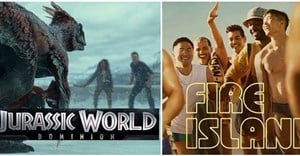 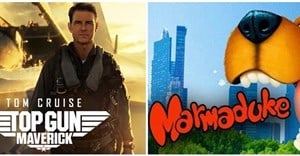