3 Mar 2020 | Email | Print |  PDF
Johnny Clegg: The Tribute Show has been postponed till the 31 July 2020, due to the Covid-19 outbreak. Some of the country's leading musicians will be taking to the stage to pay tribute to one of the country's brightest musical icons. Johnny Clegg - The Tribute Show will be held at the Emmarentia Botanical Gardens in Johannesburg on Saturday, 25 April 2020.
Johnny Clegg captured the hearts of a nation and the tribute concert will feature fellow musicians that will commemorate his life and his musical career including the likes of Prime Circle, Just Jinjer, Karen Zoid, Black Coffee, Soweto Gospel Choir,  Sipho Hotstix Mabuse, Francois van Coke, Jesse Clegg, Cito from Wonderboom, Zolani Mahola, Yvonne Chaka Chaka, Majozi, Kurt Darren, Young Mbazo, The Parlotones, Lira, Arno Carstens and Matthew Mole.

Paying homage to a unique partnership that started back in the early ‘70s, Clegg’s long-time friend, Sipho Mchunu (from Juluka-fame) will also be making a special appearance as well as Ella Mental and éVOID (who are especially flying in from London) – both of which performed alongside Clegg at the Ellis Park Stadium iconic Concert in the Park in 1985 – as well as Bright Blue.

Jenny Clegg says: “Jesse, Jaron and I are incredibly excited and proud to be able to celebrate Johnny’s life on 25 April with a day of music and togetherness. For someone who was so passionate about human connection and the role of music, art and culture, this event embraces and celebrates who he was and what his legacy stands for. We are humbled by how many incredible artists are participating in honouring his memory and we look forward to sharing this special day with you in the spirit of the ‘Great Heart’.”

There will also be a dance tribute performed by dancers from Zululand and the local hostels.

“Johnny’s style of music traversed cultural barriers like few others and he used his music to speak to every person and to show us what it was to embrace other cultures without losing your identity. This tribute show is a dedication to his life and the deep footprints that he has left in the hearts of the African nation,” adds Clegg’s long-time manager and friend, Roddy Quin.

The money will be raised at the event for the Click Foundation, supporting The Friends of Johnny Clegg charity – which was established with Johnny in December 2018.

Nicola Harris, CEO of Click Foundation, comments: "Johnny represented all that is great about South Africa, leading from the front he used his music to show how social barriers and prejudice can be broken. He recognised that education was a key component of a brighter, non-racial future for all South Africans. We are honoured to have had his support and to carry his legacy forward in the work that we do implement online English literacy programmes in underprivileged primary schools across the country. We are thrilled to be a beneficiary of his Tribute concert and look forward to celebrating his life on the day.”

The primary focus of the Click Foundation is the implementation of an online phonetics-based English literacy programme in over 160 underprivileged primary schools, reaching more than 100,000 learners. The programme offers young learners the opportunity to work at their own pace through fun and exciting activities, navigating their learning journey by means of technology. In doing so, they not only address the literacy crisis but also equip young learners with the technological skills required for future success in our digital-first world. Furthermore, they have created over 350 jobs for youth facilitators from the communities surrounding their schools. 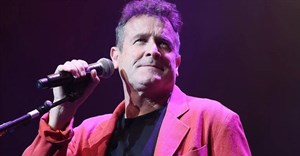 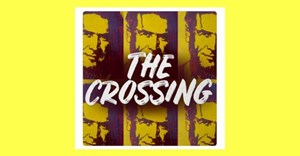