Countdown begins to the best weekend ever: Last chance to catch all the action of Rand Show 2017

20 Apr 2017 | Email | Print |  PDF
Issued by: Rand Show
You've got just days left to experience all the fun that the Rand Show has to offer, as SA's biggest consumer expo gears up for a bumper closing weekend full of top-class entertainment.
Whoever you are, whatever you love to do, the Rand Show has something for you. Here are some of the highlights of the Rand Show’s closing weekend – Friday to Sunday, 21-23 April 2017 – that will keep you and your family entertained for the whole day... and all included in your entry ticket.

The Rand Show has secured a real treat for anyone who loves the dips and loops of a great flying show: the Flying Lions Formation Aerobatic Team.

Twice each day, Rand Show visitors on the closing weekend will have their eyes trained skywards as the Flying Lions fly in tight formation, doing barrel rolls, loops and swoops, and showing off the capabilities of their classic, single-prop Harvard AT6 planes.

It’s a thrilling show full of growling engines, colourful exhaust smoke and the kind of right-over-your-head low passes for which Harvards are famous, and which have made the Flying Lions such a firm favourite at major airshows and events across the country.

The Flying Lions team is made up of highly experienced pilots who juggle their regular airline jobs with their passion for flying classic planes. Scully Levin, who has over fifty years of experience flying Harvards, is the training captain at Mango Airlines. Arnie Meneghelli is a commercial pilot. Ellis Levin and Sean Thackwray are both SAA captains, with SAA co-pilot Dewald Lourens completing the team. There will be three Harvards in the air for the Rand Show, piloted by various members of the team as their airline duties allow.

Another new attraction that will be sharing the airspace over the arena is the SA Drone Open Class Nationals. Come and see high-tech drones, or quadcopters, competing against each other in edge-of-your-seat races around a prescribed race track, passing through arched gates and around flags and obstacles at speeds of over 150 km/h. Qualifiers take place from 20-21 April, with finals on 22 and 23 April.

Daredevil FMX riders Nick de Wit, Dallan Goldman and Scotty Billett will be flying – if only for a few seconds – as they pull off gravity-defying stunts such as tsunamis, cliff hangers and backflips in their stunt show, “Gravity Clash”.

The Bounce Vibe Tribe will get airborne on the trampolines of the Bounce Revolution mobile rig, showing off some crazy bouncing and slam-dunking skills.

It’s your last chance to play in the snow at the all-new Danone Frozen Yoghurt World. The highlight of this wintery playground is the Danone snow-tubing slope, a six-metre-high snow ramp covered in 20 centimetres of real snow where you can grab a snow tube and hang on tight for 30 metres of sliding fun.

On top of football pool, kick darts, putt-putt and a chance to bat against virtual Protea bowlers in the Standard Bank Batting Simulator, the Rand Show has two exclusive, closing-weekend-only highlights for sport and game lovers.

From 10am on both Saturday and Sunday in Link 5/6, there’s the annual Rand Show Pool Championships, arguably the most epic pool title any player can win in South Africa. Sixty-four pool players will contest this coveted singles title in a straight knockout, with the final match scheduled for 5pm on 23 April.

On Saturday and Sunday there’s also the SA’s Strongest Man final for 2017. Local Titans will battle it out for the title in a series of awe-inspiring strength events.

Car enthusiasts can take part in the Precision Driving Experience on the Rand Show’s new gymkhana track. Climb into an Opel for a brief advanced driving session with an instructor. Or go offroading on the Rand Show’s 4x4 track, test-driving vehicles from Isuzu, Chevrolet and Imperial Ford.

Then stop by Hall 5 for a road trip back in time to Route 66. Enjoy the sights and sounds of this iconic era, with motoring memorabilia hand-picked from the Shawn Tyler Museum, displays of classic cars and bikes, a Backdraft Cobra being built from scratch, and even some road-house-style refreshments.

On stage: Kurt and TV celebs

The Rand Show’s Showtime Stage presents a full line-up of music and variety entertainment throughout the show. A highlight of the closing weekend programme is the always-entertaining Jimmy’s Steakhouse Sauce Celeb Braai Competition, on Saturday, 22 April, from 2pm-4pm. Join stars of 7de Laan and Gold Diggers as they poke the coals and check the wors.

Then from 4pm-5pm on Saturday, 22 April, enjoy the chart-topping hits of Kurt Darren, as he and the Culture Dancers get the crowd up and dancing.

On Sunday, 23 April, the celebs make way for the talented finalists of the Rand Show’s talent show, MiTalent, at 11am. And then from 12pm, the beautiful girls and guys of Mr and Miss Rand Show will hit the runway as they compete for titles and prizes in various age categories.

Explore the wonders of science

There’s plenty to do in the Science & Technology hall, where the kids can do experiments in the Wonderful World of Why workshops, and watch explosive daily science shows with the Nutty Scientists. There’s also a prehistoric dino maze, an inflatable planetarium with round-the-clock voyages into outer space, and a PlayStation gaming zone... and that’s just for starters.

The Rand Show has also created the Animal Farm, where daily bird and reptile shows will delight animal lovers, and where kids can have a mini farm experience at the petting farmyard and milking barn.

There are gardening workshops in the greenhouse with JJ from Garden World, and Baking Basics workshops with Chysil Creativ and South Bakels in the Home Living hall.

There are hours of exploring and discovering to be done at the massive SANDF exhibition, and visit the numerous exhibits of government departments and parastatals in the Showcase SA hall.

Come and learn more about Nelson Mandela’s life at the Nelson Mandela Foundation’s exhibition, and have fun at the Every 1 Counts roadshow, playing and learning in Sanlam’s mini maths town, Kwa-Sanlam.

And that’s not even mentioning it all... there really is an entire day out for the whole family packed into each Rand Show ticket.

Visit www.randshow.co.za to find out more about what’s happening over the Rand Show’s closing weekend.

Rand Show tickets at the gate cost R150 for adults, R50 for pensioners, R50 for 13-16 years, R20 for 6-12 years, and under six enter free. Midweek specials for Tuesday, 18, Wednesday, 19, and Thursday, 20 April, only are R75 for adults, and R20 for 13- to 16-year-olds. Open-air parking is R20 per car. Tickets are available at the gate or through Computicket. Tickets give access to a wide variety of entertainment attractions, but exclude rides on the helicopter and monorail, drifting, bagjumping, the fun fair, and refreshments and food.


About the Rand Show

Rand Show is South Africa's largest consumer event on the annual calendar. A fun and diverse event that has something for the whole family.
About Us | News | Contact
Read more: Dallan Goldman, Nick de Wit 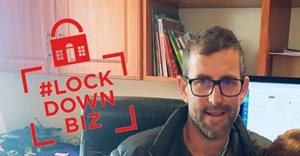 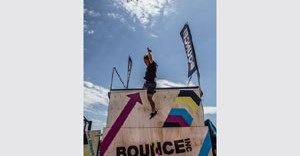 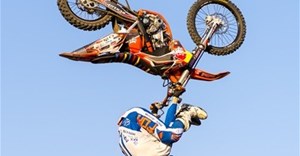