4 Jun 2013 | Email | Print |  PDF
The Capital Craft Beer Festival is to be held at the Voortrekker Monument, Pretoria, on 6 July, 2013. The age-old tradition of drinking beer will be combined with new and exciting musical acts, and there will be a vast variety of local micro-manufactured brews.
Micro-breweries have fast become the tasty and trendy alternative to commercially brewed beers. The painstaking efforts taken to brew and mature these specialist beers can be tasted with each and every sip. At the Capital Craft Beer Festival, you will be able to sample beers by 12 different microbrewers all the way from Darling, Cape Town to Valley of a 1000 hills in KwaZulu-Natal.

The Brewery is situated in the bustling business district of Paarden Eiland, Cape Town. It recently underwent a massive upgrade with its capacity doubled.
www.bostonbreweries.co.za
www.facebook.com/boston.breweries

Chameleon Brewhouse was unwittingly born in a small German town called Weickersheim where we sampled Weiss Beer for the first time. Arriving back from Europe we searched for Weiss Beer or brewers in South Africa, none were found but Ruaan came across the Worthogs Beer Club and joined.

The dream of our own brewpub started in 2009 on a 40-litre home-brew system mainly brewing beer for friends and family and, needless to say, the Weiss Beer was one of the first beers brewed on the system. Immediately this was a hit amongst all our beer-drinking friends. This home-brew venture grew into the Chameleon Brewhouse, which opened its doors on 31 March, 2012, at the Chameleon Village.
www.chameleonbrewpub.co.za
www.facebook.com/ChameleonBrewhouse

Clarens Brewery brews fine hand-crafted beers and cider. We're the first and only microbrewery in the Free State and have been since December 2006. Our brewer, Stephan Meyer, has a passion for micro-brewed beer and has been been brewing full-grain, pure malt beers since 2004 with an absolute dedication to quality and craftmanship.
www.clarensbrewery.co.za
www.facebook.com/clarensbrewery

The Cockpit Brewhouse follows the strict quality standards of the Bavarian Beer Purity Law and we only add ingredients other than malt and hops to our beers when it will provide a unique character to the beer - never to create a cheaper beer!
www.thecockpitbrewhouse.co.za
www.facebook.com/cockpitbrewhouse

Copper lake Breweries, situated in Lanseria, is Gauteng's newest microbrewery with a brew length of 2500 litres a day.

Brendan Watcham has been brewing for three years and hosting informal gathering and beer tastings. He is the 2010 winner of the Worthogs best four beers league tasting 2010 award, a Brewing competition and is the first micro brewer in Africa to attain a diploma in brewing through the IBD (International Brewing and Distilling).
www.copperlake.co.za
www.facebook.com/copperlake.breweries

In October 2007 we left home on a trip into Africa, with the idea to see as much wildlife as possible, our return date undecided. Unexpectedly, three days into our trip we stumbled onto an idea that we thought we could bring back to Darling. We met Andre of Sneeuberg Brewery and were inspired by the concept of a microbrewery. Leaving South Africa we found ourselves talking about something we knew little about: beer. Besides wildlife we now had another goal: exploring the different beers of each country we visited.

Returning home was daunting as all our thoughts and ideas had to be turned into a reality, a thing called beer. Our excitement had been shadowing the realisation of what lay ahead. We were prepared for hard work, but the challenges of red tape, we didn't see coming. Our investment began to take shape in the form of a small turnkey brewery. After months of brewing, no hint of our liquor licence and faced with the challenges of a manual system, we realised that with our current set-up we would never reach our dreams for Darling Brew. We were on the verge of throwing in the towel when we by chance met Chris Barnard, a chief brewer, who agreed to contract brew for us. Chris' knowledge and passion for brewing beer has afforded Darling Brew the privilege of becoming part of the current craft beer movement.
www.darlingbrew.co.za
www.facebook.com/DarlingBrew

The Dog and Fig Brewery (Parys)

Aardige Ale/Agreeable Ale - An amber-coloured, ever-so-flavoursome ale with a fruity aroma and a surprisingly dry finish. A down-to-Earth beer for the uncomplicated beer drinker.

Wafferse Weiss/Wicked Weiss - An unfiltered, precision-brewed wheat-based ale with a spicy, yet refreshing palate; a feisty beer for the young-at-heart beer drinker.
www.facebook.com/pages/The-Dog-and-Fig-Brewery/321461156980?fref=ts

I started brewing full time in my garage in January 1997 in Villieria, Pretoria, using converted copper geysers for my brew house. Malt was stored in the spare bedroom and the car was parked permanently outside the garage. Six months later I moved to our first official premises, which was a cowshed on the original farm in Koedoespoort. In January 2000 with the financial help of my father, Hymie Kallmeyer, and the other investors, I bought an old house in the Silverton industrial area and had it revamped into a fully functional microbrewery. Drayman's specialises in brewing a range of outstanding craft beers equivalent to the finest in the world. The beer is distributed throughout the Gauteng area to upper-class restaurants, bars, pubs, taverns and selected bottle stores. Increasing demand for these fine beers will see us cautiously expanding the brewery and distribution network. Since the brewery's inception, our beers have been enjoying increasing popularity amongst beer lovers as an alternative to costly imported styles.
www.draymans.com

John Jack Black was an American brewer from the hop-growing regions of New York state.

Brewing beer at the turn of the 20th century was tough going, although beers of the pre-prohibition era are regarded as some of the best. Against hard times, the most passionate brewers brought fresh beer to their local community and beyond. It is this maverick spirit and dedication to quality that make Jack Black's Premium Beer what it is today.

Now brewed in small batches in our Western Cape microbrewery, Jack Black's is a craft beer with no compromises and no short cuts.
www.jackblackbeer.com
www.facebook.com/jackblackbeer

Mitchell's Brewery was started in 1983 in Knysna by Lex Mitchell. He started off brewing only Forester's Lager and Bosun's Bitter to be distributed in Knysna. Our current brewmaster, Dave McRae, started brewing for Mitchell's in 1984. Since then five beers have been added to our repertoire and are distributed nationally. This year a pure apple cider joins the Mitchell's Brewery stable.

Our beers are completely natural, made with 100% barley, water, hops and yeast and contain no artificial preservatives or chemicals.
www.mitchellsbrewery.com
www.facebook.com/MitchellsBrewery

One was a painter. One played the electric guitar. The other was a rebel with a sword who stabbed the notion that silence is a virtue. This small band of men with the souls of heroes and the bones of warriors inspire this brewery today. Their story has just begun.
www.facebook.com/ThreeSkullsBrewWorks

The Capital Craft Beer Festival will feature a mixture of some of South Africa's top entertainers from bands to DJs, ranging from the likes of musical comedian Deep Fried Man to electro swing DJ Michael Lesar and many more surprises to follow.

Go to www.capitalcraft.co.za for updates. 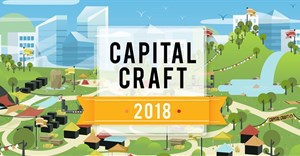 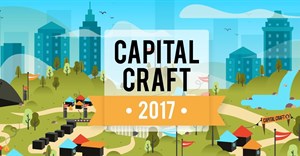 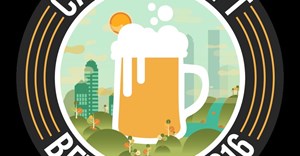