2 Jun 2011 | Email | Print |  PDF
The winners of the 10th Anniversary Old Mutual Trophy Wine Show were announced Wednesday, 1 June 2011, and in the most closely contested race since the inaugural event, Spier edged ahead of Thelema Mountain Vineyards to take the Fairbairn Capital Trophy for the Top Producer.
While Thelema had exactly the same Trophy, Gold and Silver medal count as Spier in its five highest scoring wines, it had a lower medal-to-entry ratio over its total number of submissions. In the end this proved to be the tie-breaker for the narrowest margin in the show's history.

For the first time, a Museum Class Riesling Trophy was awarded - the laureate being Hartenberg for its Weisser Riesling 1999.

A new award has been created this year - the Old Mutual International Judges' Trophy - for the wine which, in the opinion of the three international judges at this year's show, was the very best wine at the trophy judging. The inaugural winner was the Paul Cluver Chardonnay 2009.

The 2011 Old Mutual Trophy Wine Show saw an increase in entries over the 2010 event, and a markedly higher number of Silver and Bronze medals awarded. The Gold medal count was down however, as judges have seemingly responded to the improvement in wine quality by raising the bar. Only 25 Gold medals were awarded (compared with 32 in 2010) and of these, five were from Museum Class entries (compared with seven in 2010). Most of the major classes were represented among the Golds, though the absence of a Chenin Blanc and a Port among these top awards was a disappointment.
Judge chairman and co-convenor of the competition (together with Wine magazine), Michael Fridjhon, was enthusiastic about the overall results: "We are seeing a strong improvement through all the ranks, with some very encouraging signs at the top of what used to be problematic classes. A pair of Merlot gold medals, ongoing strength from Pinotage and Riesling producers as well as the results we have come to expect from Shiraz, Chardonnay, Sauvignon Blanc and blended whites all suggest that the industry is addressing its past weaknesses and maintaining the gains of the past couple of years. There is some concern that we are not finding the same depth and resonance in Cabernet and Cabernet-blends, though the increase in the silver medal count is very encouraging."

For the full set of results including the Silver and Bronze medals, a transcript of the judges' feedback session and a variety of statistics, visit: www.trophywineshow.co.za.

* Chartered accountants PKF monitored the judging procedures at the 2011 Old Mutual Trophy Wine Show and audited the competition results. Throughout the judging the identity of the wines was withheld from all the tasters, including the Show Chairman. No one judge was in a position to impose a result upon a majority of the panelists and declarations of interest have been received from all the locally-based judges.
NextOptions
›
Email Print PDF
Read more: Old Mutual Trophy Wine Show, Michael Fridjhon 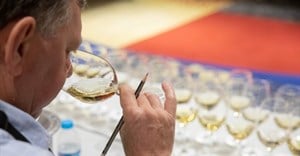 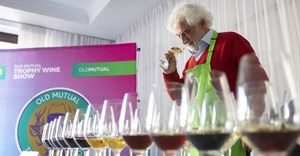 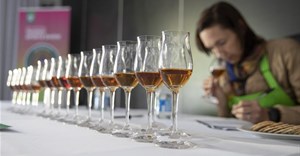 The best spirits and liqueurs available in South Africa1 Aug 2019 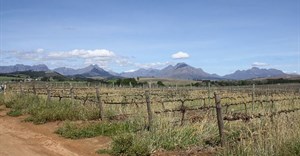