“Palliative care is focused on improving the quality of life for all patients diagnosed with a life-threatening or life-changing illness,” says Ewa Skowronska, chief executive officer of the Hospice Palliative Care Association (HPCA).

“It provides patients with as much relief as possible from pain and other symptoms of a serious illness including those suffering from HIV/Aids. There is often a misconception that hospices only care for those with a terminal condition. This is not the case. Often those people who come to us with challenges related to HIV/Aids, go on to live fulfilled lives. We are there to assist them when assistance is needed.”

Of the 91 HPCA hospice members, who provide palliative care services to approximately 100,000 patients and their families per year, no fewer than 62 are directly involved in the care of Aids sufferers.

For some hospices, this care dates as far back as almost 30 years. Several member hospices are also involved in community outreach programmes focused on health education, the prevention of this disease and teaching communities how best to manage this illness.

The World Health Organisation estimates that, as at 2021, the disease had killed approximately 40.1 million people with another 38.4 million (approximately) infected worldwide since the start of the HIV/Aids pandemic in the early 1980s. It has been a long road and one that has seen shifts in both the treatment and/or prevention of this disease as well as society’s perspective on it.

“In the beginning, we had a huge knowledge deficit,” says Jacqui Kaye, chief executive officer of HospiceWits. “Fear, denial, anger and loss of self-esteem were felt. Also, there was loss of jobs and the blaming of others for being infected. Some patients even committed suicide.

"There was also fear among medical personnel. All of this was compounded by misinformation and the spreading of myths. While we still have challenges, there is now at least sufficient information around HIV and Aids available.”

In addition to a lack of information, the early years also saw a severe lack of treatment. Having worked with Aids patients for 27 years, Stephen Blakeman, chief executive officer of Tapologo Hospice agrees: “When we started, there was no public access to treatment. Into the early to mid-2000s, the impact of the disease was significant, and the death rate was also significant. This had a considerable impact on families and, of course, on children.”

Cecily van Heerden, chief executive officer of the Plett Aid Foundation and Hospice Plett, adds: “In the beginning there was no treatment available. It was essentially ‘a death sentence’. The stigma was huge, and this caused people to avoid testing that then impacted on the subsequent management of symptoms. The number of deaths from HIV was staggering.”

The use of antiretrovirals (ARVs) in approximately 2005, and the Department of Health declaring HIV/Aids as a chronic condition in 2010 resulted in ARVs becoming much more readily available. This has made access to care easier.

The role of ARVs in reducing stigma

“As ARVs became more and more available, dialogue about sexuality, sex and prevention became easier to have,” says van Heerden. “The stigma also reduced. We now never have more than 16% of our total patients with an HIV diagnosis. Of those, less than 1% are in the terminal phase directly due to their HIV diagnosis.”

However, the war is far from won. Despite HIV/ Aids now known as a manageable disease, some hospice members do still receive referrals to patients that are in a poor physical condition. The reasons for this are several – drug or alcohol addiction that renders the patient unable to manage their illness, co-infection with tuberculosis (TB), mental-health issues or even patients defaulting on their ARV medication, among others.

And, for some, the stigma remains – with quite differing experiences across the various hospice members. While some still encounter a stigma associated with HIV/Aids across some sectors of the population (the affluent, youth, and elderly), others have seen a radical reduction in this stigmatisation. What is clear though, is the need for ongoing education.

“Yes, there is a need for hospices to continue addressing issues of stigma,” says Jamela Tiva, palliative care nurse at CHoiCe Trust. “This can be done through pamphlets and posters that contain information on discrimination as well as addressing the mental-health impact of experiencing stigma and discrimination. Hospices can also keep informing and educating each other through the various interventions already taking place.

“Regardless of the strides we have already taken, education and access to the right care remains vital in the fight against HIV/Aids,” continues Skowronska. “Many of our member hospices have been involved in the fight against Aids, and the treatment and care of those afflicted, for many years, and continue to provide palliative care services to those in need and their families.

"As an organisation, we remain committed to continuing to strive to ensure access to care services for all who may need them and to continue supporting our member hospices in the life changing work they do." 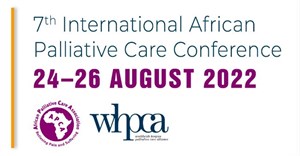 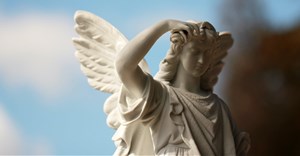 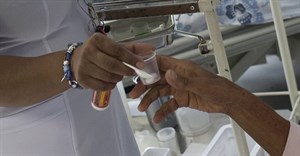 MANGO-OMCChanging perceptions about palliative care4 May 2022 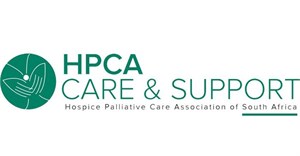 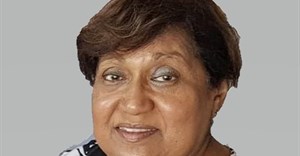 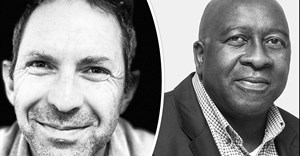 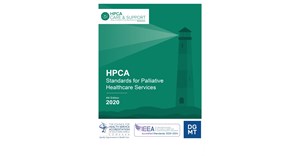 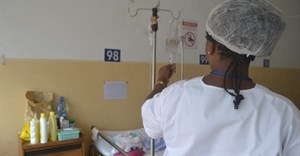