CSSD: No margin for error in today's health facilities

29 Sep 2022 | Email | Print |   PDF
Central Sterile Supply Departments (or CSSDs) are an integral, yet often overlooked component of the functioning of any healthcare facility. Traditionally tasked with cleaning and decontamination, as well as packaging and distribution of medical equipment and devices, modern CSSDs in larger facilities must ensure continuous, efficient delivery of these services on a massive scale, with no margin for error, as sterility can mean the difference between life and death.

The roles of CSSDs are shifting as medical technology and practice continuously evolve. In some areas in SA, as with much of the global South, the requirements, and standards of good CSSD practice need to be maintained when balanced against severe resource-, healthcare worker- and medical-supply shortfalls.

Clinical decontamination specialist, Xana Jardine, a leading CSSD expert who has taught CSSD practice at SafMed for over a decade, says that CSSD representatives and unit heads in resource-constrained settings often struggle to effectively motivate and petition for an adequate share of scarce facility budgets.

“CSSD is not an income generator, and infection prevention actors need support to justify their department’s significant expenses,” she says.

An active medical community participant, Jardine has been instrumental in the development of SA’s CSSD sub-sector from the outset. She says that “CSSD in the country began with like-minded colleagues – passionate about hygiene and sterility – some three decades ago.

This drove the evolution of autonomous regional CSSDs, which eventually gave rise to the national forum as we know it today (the CFSA).”

The good, the bad and the need for change

Jardine says that the state of CSSD in SA varies widely.

In these contexts, there are sufficient CSSD equipment and personnel, and so the challenges tend to be around adapting to the new technologies, the new methods of decontaminating each new device, and the increasing emphasis on low-temperature sterilisation.”

In other areas of SA, healthcare facilities contend with severe shortages of both staff and CSSD equipment, as well as basic medical supplies, Jardine explains. “In addition, staffing challenges mean that those running CSSD departments often lack training”, she continues.

Due to high unemployment rates and other factors, many of these individuals are eager to train, upskill and learn about CSSD best practices, but their efforts are often not adequately acknowledged by the healthcare system, in terms of their remuneration and employment status.

Cleaning staff are sometimes being informally tasked with CSSD sterilisation and deployment duties, which is a higher level of specialisation. Furthermore, there is currently no objective standardised qualification requirement for CSSD unit heads.

“Continuous learning and improvement, and exposure to international best practices are driving the push towards greater standardisation, certification, and national core guidelines for the quality of CSSD.

Technological changes; recycling innovations; the move towards automation; and new minimally invasive techniques and devices are among the factors driving the shifts in CSSD work, as technology changes require adapted methodologies. These days we’re also seeing a greater emphasis on design elements and workflows." she elaborates.

Jardine heads a panel of experts who will deliver a series of interactive talk sessions at the Decontamination and Sterilisation (CSSD) Conference at this year’s Africa Health event, at Gallagher estate in Johannesburg, the continent’s leading healthcare industry trade conference exhibition.

The intensive one-day agenda is designed to equip delegates with in-depth knowledge of the standards, complexities and challenges associated with the CSSD function in Africa. Jardine will be joined by an esteemed faculty of speakers including local and international CSSD authorities, such as Buyiswa Lizzie Sithole-Mazibuko, Bulawayo-based infection prevention and control consultant, and Ninett Warburton, procurement specialist at Netcare.

Doctors, nurses, unit heads and CSSD workers at all levels are encouraged to attend as discussions will encompass an overview of working skills required to deliver a high standard of care for patients, as well as the latest developments surrounding the issues of sterilisation and infection control. 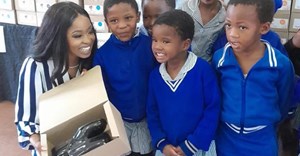 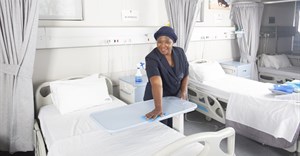 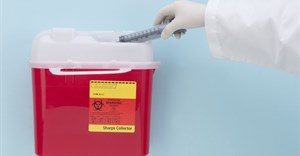