By: Louise Marsland
Architecture was Mariam Kamara's second career. She started out as a software designer after degrees in Computer Science and later studied architecture at the University of Washington. She won acclaim for her work in architecture right from the get go, when her Masters thesis on Mobile Loitering, which focused on issues of gender and public space in Niger, was awarded Thesis Prize and a special mention in the 2014 Young Architects in Africa Competition. The project was also exhibited in the 2014 Milan Triennale’s Africa Big Chance Big Change exhibit. It has since been part of a worldwide traveling exhibition to various European countries, South Africa, China and more.

In 2013, Kamara helped found united4design, a global collective of architects working on projects in the US, Afghanistan and Niger. They collaborated to produce projects like Niamey2000 in Niger, which was awarded an American institute of Architects Seattle Award and Architect Magazine’s 2017 R+D Award for innovation. In 2014, she founded atelier masōmī, an architecture and research firm.

Kamara’s work ethos is about bringing dignity into design. She believes that architects have an important role to play in “thinking spaces” that have the power to elevate, dignify and provide a better quality of life; through the intimate dialogue that architects have with architecture, people and context.

Kamara is also an Adjunct Associate Professor at Brown University and a recurring Architecture Critic at the Rhode Island School of Design (R.I.S.D.).

Kamara was born in Niger and divides her time between the country-of-her birth and the United States. In her presentation, she spoke about the challenges of working in Niger, which is one of the poorest countries in the world, but which is still experiencing growth in major cities due to climate change and drought - and with that comes infrastructural challenges. 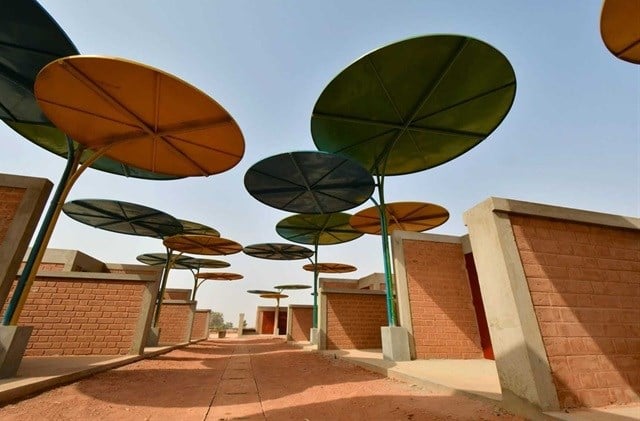 She came up with an interlocking system to provide high density housing on a single level, while maintaining privacy, community and dignity. Her community market solution, using recycled metals, was also showcased.

Bizcommunity.Africa interviewed her after her talk at #DesignIndaba2019 and discussed what drives her, her purpose, designing with dignity, and what’s next?

What do you love about what you do? What fills you with purpose?

I love everything about what I do. It is my second career, so I feel privileged to do what I do. Being a creator is always joyful. Tackling the issues I tackle on a daily basis, is incredibly challenging, but also incredibly fulfilling. Niger is another place entirely – they don’t have access to the technology, tools and materials, nor certain skills. I have no choice working there – I have to be an innovator and changemaker. It is so much more exciting. I would be bored if everything worked and all I had to do was choose from a catalogue. In Niger we go on a journey with the artisans and contractors and others we collaborate with.

Please expand on the responsibility of architects in today’s society?

Architects have a responsibility by default, no matter where you practice architecture. We have to look at the economic consequences of what we do. If we build a home like the American way, open plan, in a country like Niger where we cook for three hours at a time, we will live in a cooking smell 24/7. In that culture it doesn’t make sense. You have to think about the consequences of what you do - and there are always consequences.

Tell me about how you design to preserve dignity, particularly in areas like Niger?

Dignity is embedded in every culture. You have to give that culture the dignity and respect of architecture. We don’t go in there and tell people how it should be. There is the issue of respect. We need to look at context and look at different opportunities in history, and elevate them and produce something spectacular and that looks good. We need to make more than just a shelter.

What is next for you?

Things just come. We are incredibly busy in Niger. We always have a pro bono project in the works at any given moment. I am afraid of anything else coming in! Project intent is what seduces me. In that way it doesn’t really matter where it is in the world. My approach is about working at the local context and talking to people and getting into their minds and what is available and what is fresh, rich in history, culture. We just choose not to see it at times. We focus on materialistic expectations. That is meaningless from a culture point of view. There are always opportunities and richness out there.

How important is Africa in your work?

Africa for me is just synonymous with opportunity. The economies are booming. There’s the youthful energy and creativity happening here. There is so much to do – everything from insfrastructure to buildings to cultural projects. Africa at this point is the place to be for me. 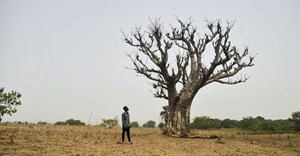