22 Dec 2017 | Email | Print |   PDF
WINDHOEK, Namibia - As part of a social responsibility campaign, Namibia's Debmarine embarked upon a long road safety awareness campaign to promote and inculcate road-safety consciousness in Namibia, first with an internal campaign, that then also targeted drivers, passengers and the community at large. Road safety and accident prevention are recurring, frequently explored subjects, although not always from the same perspective. The campaign conducted by Debmarine Namibia, was firstly rolled out internally among the company’s employees. The company routinely captures and monitors road-related accident statistics of its employees and came to the realisation that with the rise in road-related risky behaviour, employees are more at risk away from the workplace than in the workplace.

This led to the introduction of the internal Safety Ripple Campaign, designed to sensitise employees and create dialogue on the various aspects of risky road behaviour in an effort to encourage responsible safety culture and behaviour.

This December, Debmarine Namibia published its locally produced video clip, Driving Safely Is A Social Responsibility, which is a social experiment dealing with vehicle maintenance awareness, on its Facebook page to reach a wider, external audience.

This is part of the company’s external campaign, as a responsible corporate citizen to encourage other corporates and citizens to weigh in on addressing road safety, as a social responsibility.

Road crash fatalities are one of the leading causes of death in Namibia, and the video shows the diverse reactions of Namibian drivers and passengers from all walks of life, when suddenly being confronted with possible drastic consequences of vehicle failure on roads.

According to the MVA Fund Road Crash And Claims Report 2016, road crash fatalities have become one of the leading causes of deaths in Namibia. The most concerning fact, is that young people are representing nearly half of persons killed in road accidents; 72% of those killed are male.


Road Safety requires not only driver fitness, but also vehicle fitness. A well maintained vehicle not only speaks volumes about the owner, but also will protect its driver and passengers on the road. The video shows the diverse reactions of Namibian drivers/passengers from all walks of life, when suddenly being confronted with possible drastic consequences of vehicle failure on roads.

It is a clear call-to-action to most Namibian drivers to regularly service their vehicles, especially in December, as fatal accidents are punctually on the rise at this time of the year.

Spotting risky behaviour is part of the campaign, aiming to make the community more aware of the fundamental importance of vehicle maintenance, which could alone reduce road fatalities. For every person killed in traffic crashes, many more suffer serious injuries with life-changing consequences, such as the story showcased in the Debmarine Namibia’s video.

Serious injuries are not only more common, but also often more costly to society because of long-time rehabilitation and healthcare needs.

While it may be obvious that accident-related events are linked to risky behaviour, in Namibia, rollover crashes are mainly attributed to speeding, fatigue, alcohol, but also worn-out tyres, resulting in the loss of vehicle control.

Drunk driving is only one of the leading causes of road accidents and it contributes significantly to accidents on the road. This led Debmarine Namibia to donate breathalyzers testing kits to the Private Sector Road Safety Forum and the MVA Fund worth N$ 130 000. The donation aims to support efforts to reduce drunk driving accidents and save lives.

Debmarine communications manager, Stella Auala says: “Short cuts and quick fixes are risky. It is best to leave the servicing of your vehicle in the hands of trained automotive professionals. As they have the knowledge and adequate tools to diagnose and correct problems; and to ensure that you and other road users are safely back on the road.”

This campaign stresses the need to make road-safety a habit rather than an act of compulsion to follow the rules. The video feature is a social experiment aimed at reflecting a generalised attitude towards vehicle maintenance. When confronted with the reality of possible consequences due to vehicle failures, the spirit of social responsibility emerges unanimously among participants. 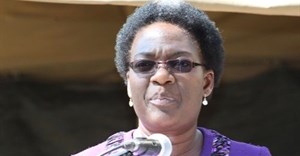 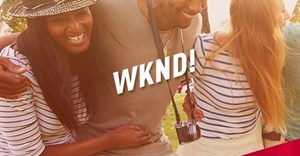 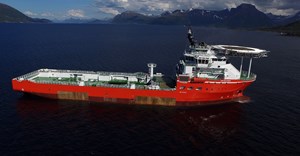