1 Apr 2015 | Email | Print |  PDF
ASTANA, KAZAKHSTAN: Kazakhstan banned sales of a slew of meat products originating from Russia Tuesday, in another sign of tensions between the allies in a Moscow-backed trade union... Restrictions on sales of Russian pork products will go into effect immediately, said a statement by Kazakhstan's committee on consumer protection.

Testing this month revealed the presence of E.coli bacteria, excessive sodium and other violations of Kazakh consumer standards, the committee claimed.

Additionally, Russian meat products that were found to contain pig DNA showed no pork labelling, and as such "mislead consumers," the committee in the mainly-Muslim ex-Soviet country said Tuesday.

Authorities are also "conducting activities to withdraw these products from points of sale and the warehouses of suppliers," the statement added, without stipulating how long the restrictions would be in place.

The Central Asian country's domestic producers have been struggling to compete with Russian imports since the Russian ruble - reeling from sanctions and falling oil profits - lost around half its value against the dollar last year.

On 5 March, energy-rich Kazakhstan banned Russian fuel imports for a period of 45 days, complaining of a surplus of Russian-origin petrol and diesel products on its domestic market.

Russia also had a number of trade disputes with neighbouring Belarus, which along with Kazakhstan is part of the founding trio of the Eurasian Economic Union that Russian President Vladimir Putin considers a rival to the European Union and other multilateral trade blocs.

Strong lobbying by local businesses has fuelled speculation that Kazakhstan will devalue its tenge national currency, following a snap presidential ballot in April.

The poll is expected to hand 74-year-old incumbent strongman Nursultan Nazarbayev a five-year term to extend his 26-year rule of the country. The Kazakh central bank sliced almost a fifth off the tenge's value overnight in February 2014, partly to make its exports to Russia more competitive.

Products from its northern neighbour continue to flood into Kazakhstan, however, after the Russian ruble plunged to record lows in December. 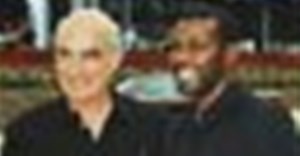