18 Jan 2018 | Email | Print |   PDF
By: Piyush Mandhare
Agriculture is one of the most basic and vital industries in the world as it provides us food and fuel necessary for our daily living. In the present age of rapid population growth and limited availability of land, agricultural production must increase to meet the growing demand. Moreover, in the current generation, most of the countries do not have enough skilled manpower to handle the agricultural tasks which are impacting their growth. 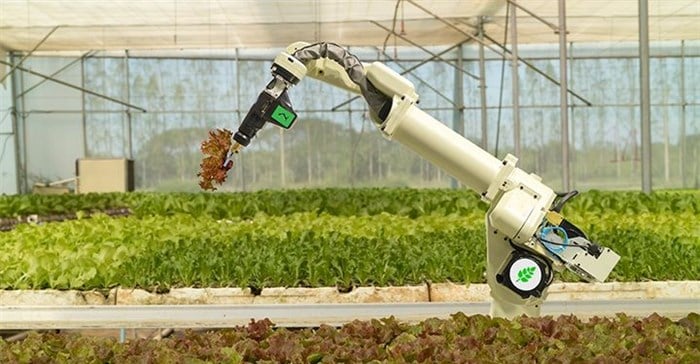 The number of robots is increasing and they are appearing on farms in various forms. The jobs they perform are also increasing with novel technologies in hardware and software. Agricultural robots are used for picking fruits, milking cows, shearing sheep, picking mushrooms, spraying, plowing, cultivating, weeding, planting seeds, watching farms all day, and more.

The market for agricultural robots is experiencing a swift growth and there are several reasons for it. The increasing demand for food production, the need for enhanced farm productivity and increase yield, growing popularity of indoor farming, and the rise in adoption of automation technology support the growth of the market. Furthermore, the adoption of telematics sensors provides opportunities for growth.

In a report published by Progressive Markets, the agricultural robots market is expected to garner $15,341m by 2025, growing at a CAGR of 20.95% during the forecast period, 2018 to 2025. However, the lack of awareness of agricultural robots among farmers and their inability to meet the human dexterity causes the market to slow down.

Farming should no longer be defined by what the equipment industry decides is better or more profitable. We believe agriculture is best when farmers have choices.

With the aim to revolutionise the farming industry as well as increase their market reach and revenue, organisations have been gearing up for new robotic technologies in recent years. For instance, in September 2017, Mahindra & Mahindra (M&M) showcased its driverless tractors to help small farmers perform tasks such as planting, spraying, and harvesting. In November 2017, SwarmFarm Robotics partnered with Bosch Australia to begin manufacturing and delivering of their new robot design for farmers. In January 2018, Smart Ag announced the launch of its first cloud-based platform for driverless tractors to help farmers during the harvesting season.

M&M, an Indian multinational car manufacturing firm showcased its first-ever indigenously developed driverless tractors. The technology enables farmers to control and operate any field operation with the use of remote hand-held tablets. The new discovery offers small farmers greater operational efficiencies for tasks such as planting, spraying, and harvesting. The technology also helps achieve higher productivity and save on costs.

M&M plans to launch these tractors in early 2018 at three levels over phases. At first, it would introduce automated steering-assisted tractors and then quasi-driverless tractors. The third stage would be the rollout of complete driverless tractors. M&M plans to focus on tractors below 150 HP, farmland below 50 acres, and all the farm machinery used by farmers as part of its renewed growth strategy.

SwarmFarm Robotics, a Queensland-based provider of robotic farming machines partnered with Bosch Australia, a global technology and services provider to begin its manufacture and delivery of their new robot design for farmers. The deal lets SwarmFarm use the engineering and manufacturing expertise of Bosch to redesign its unique SwarmBot robotic platform for commercial production. The SwarmBot technology is developed to deliver a paradigm shift in efficiency to farmers. It allows farmers to adopt new field practices and deploy technology into their farming systems by using swarms of smart, mobile and automated robots.

Smart Ag launched its first cloud-based platform for driverless tractors to help farmers during the harvesting season. Company officials said that they are releasing the first application for the platform called AutoCart. This innovative technology helps automate a grain cart tractor, helping farmers carry out their work during the harvest season.

AutoCart along with the tractor automation kit is a plug-and-play system that automates existing grain cart tractors and is suitable for any brand. It allows a combine operator to establish staging and unloading locations in a field, adjust speed, monitor location and command the grain cart to sync precisely to the speed and direction of the combine. After being loaded, the AutoCart returns to an unloading point elsewhere in the field.

“Farming should no longer be defined by what the equipment industry decides is better or more profitable. We believe agriculture is best when farmers have choices,” said Colin Hurd, the founder and CEO of Smart Ag. “The best way to improve our customers’ operational capacity is to enable them to use automation and driverless technology on their farms. With the correct technology and knowledge, farmers can do the seemingly impossible.” 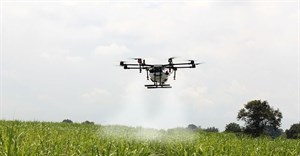 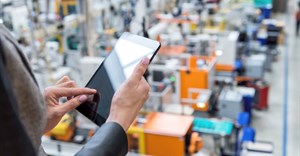