Siyakhana food garden serves as model to other poor areas

Four years later, the Siyakhana project functions as a model and demonstration site for other similar initiatives in Gauteng and surrounding provinces. What began as an arid and infertile one-hectare site in Bezuidenhout Park, allotted by Johannesburg City Parks, is now a thriving profusion of nourishment. Adopting the Permaculture approach, the rock-strewn and clay-filled ground was vividly transformed into rich, fertile soil through dedication, time and a great deal of effort.

The project also takes care of the environment and healthy living. Currently, it provides fresh vegetables, herbs, grains and legumes to nine active organisations in Early Childhood Development and NGOs providing home based care to the less fortunate.

The National Development Agency demonstrated its belief in the project by granting R 733 150 in 2007, which was used to help pay stipends, buy seeds, a vehicle used for deliveries and provide necessary training.

With South Africa's unemployment rate estimated at 23.5% and a slowing growth rate due to the economic recession, South Africans need to look for alternative solutions for poverty alleviation. Social mobilisation such as Siyakhana has ensured that those without employment are still able to put bread on the table. 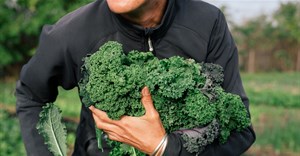