22 May 2013 | Email | Print |  PDF
PARIS, FRANCE: Scientists said on Tuesday (21 May) they had managed to kill laboratory-grown tuberculosis (TB) bacteria with good old Vitamin C, an "unexpected" discovery they hope will lead to better, cheaper drugs.

A team from Albert Einstein College of Medicine in New York made the accidental find while researching how TB bacteria become resistant to the TB drug isoniazid.

The researchers added isoniazid and a "reducing agent" known as cysteine to the TB in a test tube, expecting the bacteria to develop drug resistance.

Instead, the team "ended up killing off the culture", according to the study's senior author William Jacobs, who said the result was "totally unexpected".

Reducing agents chemically reduce other substances. The team then replaced the cysteine in the experiment with another reducing agent, Vitamin C. It, too, killed the bacteria.

"I couldn't believe it," said Jacobs of the outcome published in the journal Nature Communications.

"Even more surprisingly, when we left out the TB drug isoniazid and just had Vitamin C alone, we discovered that Vitamin C kills tuberculosis," he said.

The team next tested the vitamin on drug resistant strains of TB, with the same result.

In the laboratory tests, the bacteria never developed resistance to Vitamin C, "almost like the dream drug", Jacobs said in a video released by the college. He stressed the effect had only been demonstrated in a test tube so far, and "we don't know if it will work in humans", or what dose might be effective.

"But before this result we wouldn't have even thought about trying this study in humans," he said.

In 2011, there were believed to be some 12m TB cases in total, 630 000 of them of being the multi-drug resistant (MDR) variety, which does not respond to the most potent drugs, isoniazid and rifampin.

Extensively drug resistant (XDR) TB, does not respond to an even wider range of drugs.

TB was declared a global health emergency by the World Health Organisation 20 years ago but remains a leading cause of death by an infectious disease despite a 41% drop in the death rate between 1990 and 2011.

Over 95% of TB deaths occur in low- and middle-income countrie, and it is a leading killer of people with HIV.

An airborne disease of the lungs, tuberculosis is usually treatable with a six-month course of antibiotics. Resistance to TB drugs develops when treatment fails to kill the bacteria that causes it, either because the patient fails to follow the treatment regimen or because the chosen drug doesn't work.

It can be transmitted from person to person.

XDR TB requires about two years of treatment with even more expensive drugs that cause side-effects and offer no guarantee of a cure.

The authors of the new study urged further research into the potential uses of Vitamin C in TB treatment, stressing it was "inexpensive, widely available and very safe to use."

"This would be a great study to consider because we have strains of tuberculosis that we don't have drugs for, and I know in the laboratory that we can kill those strains with Vitamin C," said Jacobs. 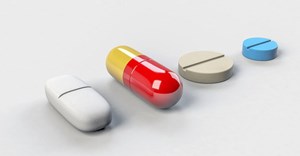 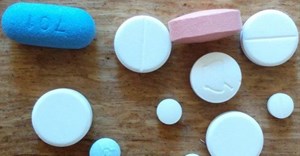 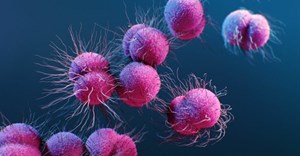 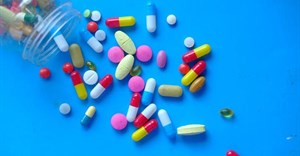 Nigeria relies heavily on drug imports. Why this is worrying in the time of Covid-191 Apr 2020
More related