The company plans to close newsprint facilities during 2015 employing 130 in Wales and almost 200 in France. More than 200 jobs will go at magazine paper plants in Finland.

"We have to adjust our capacity to the demand we have from our customers," chief financial officer Tapio Korpeinen told AFP, adding that demand for graphic papers used in magazines and newsprint had fallen by three percent compared to last year and that the decline would continue.

"This is a trend we have been dealing with for a number of years already. The demand for graphic paper has been in decline because of a change in the end users and partly because of the state of the European economy as a whole."

Paper plant closures have become commonplace across Europe as consumers use the Internet and digital devices for a growing range of services, sending demand for printing paper tumbling.

The global economic crisis has contributed to the sector's woes, wiping billions off its value on the Helsinki stock exchange.

UPM made a similar production cut in 2013 as did another Finnish paper giant Stora Enso which closed two facilities in Sweden as the industry redirects investments to other areas such as pulp, packaging, labels and biofuels.

The company has invested €175m in a biodiesel plant using material from the forestry industry in Finland.

Despite the fall in demand, the Finnish paper and forestry industry maintains a global competitive advantage with an abundance of raw materials. Finland boasts four hectares of forest per inhabitant, around 10 times more than the European average.

Markku Järvinen, an analyst at Evli Bank, said the announcement from UPM was expected given the longstanding decline in demand for paper.

"The growth opportunities for UPM are mainly in Asia and in the pulp business," he said.

The company has invested €400m to build a paper and labelling plant in the Chinese city of Changshu and is the world number two in film and paper labels used on products such as shampoo and beer bottles. 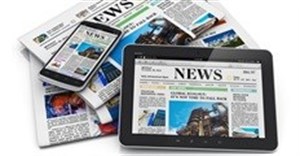