6 Nov 2019 | Email | Print |  PDF
By: Ifesinachi Okafor-Yarwood
Most of the large fishing vessels that operate in West Africa are from distant water fishing nations - such as countries in the European Union (EU) and China and Russia. To get permission to fish in West African waters they form agreements in exchange for a fee that is payable to the government. But these agreements have been criticised for contributing to the over-exploitation of fish stocks in the region. Specifically affected are, Guinea-Bissau, Côte d′Ivoire, Liberia, Cape Verde, Mauritania, Senegal and The Gambia.

So far, over half of the fisheries resources in waters off West Africa are already over-fished.

In our recent paper, my colleague Dyhia Belhabib and I show that the EU’s agreements with West African countries continue to target fragile fish stocks. This is despite the fact that the EU is bound by policies that are meant to protect fish stocks.

EU activities alone are not to blame for over-fishing in the region. The impact of trawling by other countries, like China, is well-documented. But, through its fisheries policies, the EU has a commitment to sustainable fishing. It also continues to enter into fresh agreements with countries, despite evidence of serious population declines in the species of interest.

Marine fisheries play a significant role in the food and economic security of millions of people in West Africa. If stocks are depleted, small-scale fishers that depend on them won’t be able to make a proper income and many people will lose their main source of protein. Competition for depleting resources is already leading to conflict between fishers and foreign fishing vessels.

It is crucial that these natural resources are better protected. We propose that one way to do that is for countries to renegotiate their naively low royalties with the EU. And there needs to be more investment in marine enforcement.

The original objectives of the EU’s Common Fisheries Policy was to preserve fish stocks, protect the marine environment, ensure the economic viability of European fleets and provide consumers with quality food.

In our paper we argue that the policy protects EU waters, but damages the marine environment of third countries to which it has now been extended.

We also argue that subsidies under the policy are a key driver of this over-exploitation of fisheries in third countries. For instance, these subsidies incentivise the construction of new vessels to allow boats to go farther and remain active at sea for longer, and even support the fuel costs for these more extensive activities.

And we highlight that abuse by EU vessels undermines local food security and provokes conflict with artisanal fishers. This is because demand in EU countries has led to EU vessels targeting fragile fish species such as the European anchovy, bigeye grunt, sardinellas, bigeye tuna, yellowfin tuna and swordfish.

Our study used a review of existing literature and policy documents. This included an analysis of catch data between the EU and countries with whom it has fishing partnership agreements in West Africa, between 2010 and 2014.

We then cross-referenced EU catches with the exploitation status of certain species extracted from the Food and Agriculture Organisation (FAO) and the International Commission for the Conservation of Atlantic Tunas. The categories we used were:

• Fully exploited: this means that there’s no room to catch more of that fish species,

• Over-exploited: this means that too many are being caught and that numbers will decline, and

• Depleted, which means that the number of fish stock are at the lowest they’ve ever been.

We found that, of the species caught by EU vessels:

We also found that the EU selectively applies regulations when it comes to preventing illegal, unreported and unregulated fishing. The EU issues warnings (yellow) or a complete ban in fish trade (red) to countries that are not making their fisheries more sustainable. This is when there are inadequate local provisions, like laws and enforcement measures.

We uncovered a trend. Yellow cards are issued to countries with whom the EU have a high level of trade, and a ban to countries where it has less fishing trade.

Guinea-Bissau, for example, has not received a warning despite evidence of illegal, unregulated and unreported fishing. Its maritime enforcement agencies aren’t adequately equipped to monitor the activities of vessels operating in its waters.

We recommend that the EU review the implementation of the provisions of its Common Fisheries Policy, including the terms of their subsidies which have been identified as being harmful to sustainable fisheries. West African countries should also do far more to ensure that future and renewed fishing agreements are negotiated more robustly.

It is possible. For instance Guinea-Bissau was firm in its negotiations over a new agreement with the EU when its old one expired in 2017. After a year of negotiations, the EU offered a much better deal than previously proposed. In return for providing five years of access to 50 EU fishing vessels, the EU will pay Guinea Bissau €15.6 million per year. The previous agreement’s rate was €9.2 million.

They were also required to put more investment into effective marine governance and enforcement. 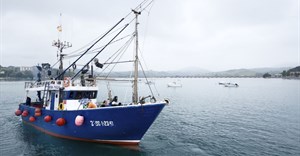 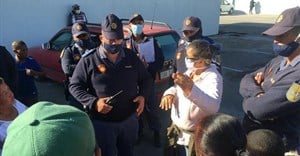 Protest in Hout Bay over payment for lobster rights24 Jun 2020 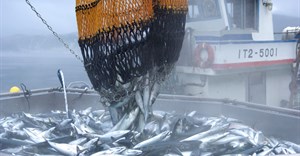