24 Jun 2008 | Email | Print |  PDF
This year marks the 30th anniversary of the Loerie Awards, the Oscars of the brand communication industry. A bumper festival and awards are promised at The Loerie Awards festival weekend, which will be held from Friday 25 July to Sunday 27 July 2008 in Margate on the KwaZulu-Natal South Coast. And in the wake of last week's floods, The Loeries has donated R10 000 to the Ugu District Council Mayor's Fund.

Reminiscent of last year, the South Coast last week experienced record rainfall, homes and businesses were flooded, rivers burst their banks, cars were swept away, structures such as railway lines were damaged and people have been left homeless.

“We felt it was important to give back to the town where we celebrate every year,” said Andrew Human, Loeries MD. “The Loerie Awards are not just a fair-weather friend.”

Vicky Erasmus of Wozani Africa Events, organisers of the South Coast Winter Beach Festival and local producer of The Loerie Awards, added, "Every effort has been made by the Hibiscus Coast Municipality to ensure that our beaches are returned to their pristine state, the sun is shining again and the Beach Festival will go ahead as planned."

More than an evening of creative celebration, the Loeries now represent a year-round focus on creative inspiration - helping marketers, agencies and consumers appreciate the value of ideas and fresh thinking. The Loeries celebrate all areas of brand communication, including disciplines such as experiential field marketing, ambient media, architecture and interior design.

The Loeries has also planned the mother-of-all parties after the Saturday and Sunday award ceremonies. The Loeries is taking over Backline, the club at the Margate Hotel, and putting it on steroids. The DJ lineup includes Johannesburg and Cape Town's best; Ready D, Oskido, Kevin Grenfell, Roger Goode who will be supported by ad industry DJ's Graeme Jenner, Jonathan Beggs and the Loeries chairman Festus Masekwameng.

Since the advertising and communications industry really knows how to party, the small town of Margate will be thumping throughout the festival weekend.

In support of the two evenings of awards, the weekend includes a host of activities and services including:

The Loeries were launched in 1979 as a mechanism to promote television advertising; today, however the awards encompass all aspects of brand communication including architecture and design.

Since the admin has begun, it's also now possible to start planning for the festival weekend. Bookings are open for the Loerie Awards ceremony, special Mango flights and Tempest car rentals. Go to www.theloerieawards.co.za for more information. 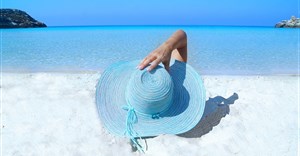 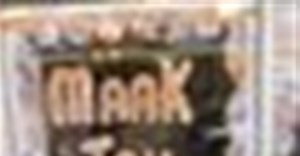