Photo by Alexander Shustov on Unsplash

“Whilst inroads have been made by different institutions, we need a focus on research, innovation and technology to help rail networks take their rightful place in facilitating intra-African trade,” says Monakali.

He explains that such a strategy would increase the understanding of rail ‘knowledge’ competencies, particularly due to South Africa’s position as a centre of excellence in railways in Africa.

The country’s rail research and development efforts are being led by Transnet. Local tertiary institutions are also involved in different areas of study. The University of Pretoria, for instance, is conducting research on track formation, while the University of Cape Town is researching rail structures such as bridges and tunnels, and Witwatersrand University is involved in systems engineering related work.

The national heavy freight rail operator has an illustrious history of innovation, which is evident in it operating the world’s longest production train that can reach up to 4km per train in length, at axle load of 30 ton per axle. Developing new methods to safely operate a train of this length emerged from the need to increase rail capacity to transport iron ore on rail heavy haul line of around 860km from the remote Sishen mine in the Northern Cape to the port of Saldanha Bay on the southern coast.

Operating trains of such extreme length are made possible through deployment of technologies such as Distributed Power technology to reduce coupler forces. Transnet also employed better wayside detection and condition monitoring techniques that improve its ability to monitor the condition of rolling stock and infrastructure.

Monakali says countries that have successfully harnessed the power of rail, like the United States, have demonstrated the benefits that can be derived from a coordinated research, development, and testing ecosystem. He gives examples of the Transportation Technology Center, Inc. in Colorado, as well as Sweden’s Chalmers Railway MechanicsInstitutee at Chalmers University of Technology.

He adds, however, that the outcomes from their research efforts cannot be applied universally because the characteristics of their rail infrastructure differs from South Africa and the rest of the African continent.

“This is why we’ve prioritised this topic for high-level discussion at the conference as it was the ideal opportunity to firm up thinking around the issue to address our African rail research.”

He adds that the heavy haul principles of running longer trains can be used to promote rail interconnectivity between countries on the continent, and are a lower cost alternative to upgrading rolling stock axle loads or building new heavy haul lines.

Further cost savings can be achieved through strict maintenance standards and condition monitoring systems, with Transnet, for instance, recording at least 30% improvements in reliability and reduction in asset failures.

“I believe that the best way to achieve our goals would be to create a forum and platform that manages and coordinates African rail technology intellectual property,” Monakali says. “Its role would be to align institutional knowledge and create uniform rail technology solutions, while identifying gaps in the African rail knowledge landscape, with Transnet, as the heavy haul operator, at the forefront.

“We need to improve cooperation between organisations doing research and those gathering data that can help the entire industry make better-informed decisions. The railway community has to keep pushing the envelope to improve performance and benchmarks.” 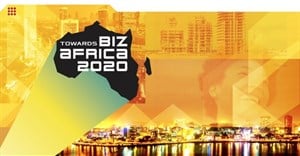 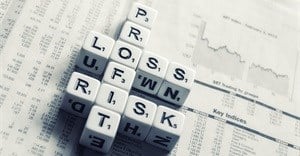