Clean Slate Brands are the future

With a new breed of brands living by the rules of Business 3.0 and delivering superior quality products and services on top of that, consumers are now attracted to unproven and unknown brands the way they were attracted to established brands in the past. In fact, 'established' is now often just another word for tired if not tainted. Consumers are so fixated on the 'new' because, so often now, the new is actually superior: new brands are often more innovative, nimble and laser-focused on what consumers want, than the bigger legacy-laden brands they compete with.

And the old idea that brands help consumers navigate the wealth of available choices is being swept aside in a business arena now characterised by instant trust. Driving this is the expectation that these 'new' brands will behave better, being born in an era of transparency and consumer empowerment (it would be a foolish entrepreneur who even considered doing things unethically now!).

Clean Slate Brands also often have 'new' business values (you know, such as decent ethical, social and environmental values) deeply baked in to their business models. Many 'old' brands were set up in the era of industrial capitalism, when secrecy was a source of competitive advantage and shareholders encouraged pursuit of profit at any cost. Now the world has changed, but even an older brand that wants to reposition itself has a hard time wrestling with internal fiefdoms, convoluted legacy systems and opaque supply chains.

Clean Slate Brands are overturning incumbents in every industry, including those that might seem initially counter intuitive:

Who'd have thought that consumers would rush to entrust their finances to an untested, unproven, online-only bank? Despite not having the physical presence of a traditional bank, US-based Simple promises to bring mobile app convenience and responsive customer service to the retail financial services industry. The bank recently launched its first full release, working through the 125,000 customer waiting list that it had built since it was announced in 2010.

Or, in South Africa where social messaging app 2go saw continued strong user growth in 2012, outpacing Facebook in Nigeria with over 10 million users to Facebook's 5 million. The number of Facebook users in Nigeria reportedly dropped by over 300,000 between November 2012 and January 2013, while ego reported 50,000 new registrations a day.

There are lessons to be learned

And of course one moment's Clean Slate Brand will be tomorrow's baggage-heavy incumbent. Witness the success of Snapchat, a teen-friendly app that enables users to share 'self-destructing' images temporarily. In October 2012 the service was processing 20 million images a day, by December this had risen to 50 million. Facebook's similar 'Poke' application has had limited success, with many saying they don't trust Facebook with their private images.

Of course, there are lessons here that any brand, old or new, can learn. And older brands are trying to wipe the slate clean: launching sustainable, zeitgeist-friendly products or services (Nike's new Flyknit running shoe), embracing simplicity (BMW's 'We Only Make One Thing.' campaign), communicating authentically (SouthWest's Twitter), even nurturing semi-independent Clean Slate Brands (as in Telefonica's Wayra academies). But, with consumers lavishing more and more love on these new brands, is your brand's slate clean?

David Mattin is the Lead Strategist at trendwatching.com, responsible for trend thinking across free and Premium content. He started his career on the features desk at The Times, and has written and presented documentaries for BBC Radio. His business, innovation and consumer insight journalism has appeared in a wide range of broadsheet newspapers and magazines.
Read more: David Mattin, trendwatching.com Controlling the narrative from the glass box30 Nov 2017 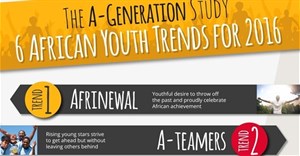 The six Africa youth trends you can't ignore11 May 2016 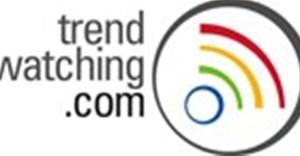