"I made it," says South Sudanese who fled to Uganda

21 Jun 2021 | Email | Print |   PDF
By: Francis Mukasa,
After civil war forced Samuel Dhol Ayeun to flee South Sudan as a teenager to neighbouring Uganda in 2013, memories of watching friends die of preventable diseases due to inadequate medical care inspired his goal of becoming a doctor. Now 27, Ayeun has graduated from medical school and is busy attending to Covid19 and other patients at the prestigious Mulago National Referral Hospital in the Ugandan capital Kampala.

"I made it," he told Reuters this week during his shift.

Being a refugee, it's not a punishment. It is an opportunity to continue with your dreams outside your country.

Ayeun and his family are among an estimated one-million South Sudanese refugees who fled into Uganda after war broke out just two years after Juba gained independence following decades of conflict with Khartoum.

A total of 1.5-million refugees live in Uganda, making it the fourth-largest refugee-hosting nation in the world after Turkey, Colombia and Pakistan, Wendy Kasujja, spokesperson for the United Nations High Commissioner for Refugees (UNHCR) in Uganda.

However, only 20% of South Sudanese refugees of secondary education age in Uganda are currently in school as there are too few places to meet the demand, said Kasujja.

First in his family

Ayeun was one of the lucky ones. He attended a public high school, earning top marks and winning a scholarship from a German organisation, Duffy, to attend Uganda's prestigious Makerere University. He worked part-time as teacher to contribute to his university fees, he said.

The first in his family to earn a university degree, he says he hopes to specialise in neurosurgery and intends to go back to his homeland and work as a lecturer.

"Considering where I’ve come from, my parents were really excited," he said, adding that his family travelled from the refugee settlement where they live in northern Uganda to attend his graduation. 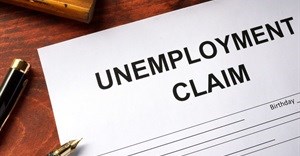