1 Jun 2012 | Email | Print |   PDF
LAUSANNE, SWITZERLAND: IMD, a top-ranked global business school based in Switzerland, has announced the findings of its annual World Competitiveness Yearbook (WCY). The WCY rankings measure how well countries manage their economic and human resources to increase their prosperity.

The most competitive of the 59 ranked economies in 2012 are Hong Kong, the US and Switzerland (see overall rankings table on page 2). Despite all its setbacks, the US remains at the centre of world competitiveness because of its unique economic power, the dynamism of its enterprises and its capacity for innovation.

"US competitiveness has a deep impact on the rest of the world because it is uniquely interacting with every economy, advanced or emerging. No other nation can exercise such a strong "pull effect" on the world. Europe is burdened with austerity and fragmented political leadership and is hardly a credible substitute, while a South-South bloc of emerging markets is still a work in progress. In the end, if the US competes, the world succeeds!" said Professor Stephane Garelli, director of IMD's World Competitiveness Centre.

The most competitive nations in Europe are Switzerland (3), Sweden (5) and Germany (9), which have export-oriented manufacturing and fiscal discipline. Meanwhile, Ireland (20), Iceland (26) and Italy (40) look better equipped to bounce back than Spain (39), Portugal (41) and Greece (58), which continue to scare investors.

Emerging economies are not yet immune to turmoil elsewhere. China (23), India (35) and Brazil (46) have all slipped in the rankings, while Russia (48) climbed only one place. All Asian economies have declined apart from Hong Kong (1), Malaysia (14) and Korea (22). Latin America also had a tough year, with every nation falling except Mexico (37). #YouthMarketing: Why are businesses so obsessed with Gen Y?26 Sep 2017 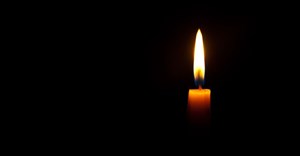