24 Apr 2018 | Email | Print |  PDF
The South African Property Association (SAPOA) has described the City of Johannesburg's Draft Inclusionary Housing Policy as an unworkable solution that could potentially deter the private sector from developing residential units.
The draft policy proposes that every new development of 10 dwelling units or more must include 20% inclusionary housing. The city believes its proposal will be financially sustainable and profitable for private developers and financiers while still creating integrated, affordable, low cost housing for residents.

Incentives in the form of proportional bonuses in development controls, reduction in parking requirements, reductions in parks and bulk infrastructure contributions, and a rates rebate for the inclusionary units have been proposed. The city’s vision is that inclusionary housing (when managed privately) should cater for households with an income of R7,000 or less per month or should fit into published social housing bands.

“The draft policy by the city does not address the many complex matters associated with the question of affordable housing and inclusionary housing, including residential market realities, or what the financial and social consequences may be for introducing such a policy,” says SAPOA CEO Neil Gopal. This is SAPOA’s overarching view on the City of Joburg’s draft Inclusionary Housing Policy, which is currently out for public comment.

SAPOA believes that the proposed mandatory 20% inclusionary housing requirement may influence the feasibility of residential developments and is potentially burdensome to private developers experiencing declining returns and profit margins. Inclusionary requirements inflexible to the underlying economic conditions and health of the residential property market may have a detrimental impact on housing delivery. Affordability requirements thus influence the feasibility of inclusionary projects from a developer’s viewpoint.

In addition, the city is proposing an income range (monthly household income of R7,000 and less) that is fixed for the entire city, which, according to SAPOA, does not consider the spatial fluctuations in land costs. With the implementation of inclusionary housing, this fixed affordability income threshold may open private developers in certain areas to revenue loss and risk.

In terms of potential social impacts, the proposed inclusionary housing policy may isolate low-income households in high-income, market-related developments, with inadequate access to affordable social facilities, says SAPOA. This is in addition to the challenges related to cross-subsidisation among housing consumers. The capacity of the City of Johannesburg to monitor mandatory compliance of private developers in this regard (including rent control and tenants suitable to delineated income thresholds) is an additional concern in determining the success of the envisioned inclusionary housing policy.

SAPOA poses the following recommendations to the City of Joburg, which, it believes, is essential to the inclusionary housing policy envisioned by the property industry:

The Draft Policy is accessible at http://bit.ly/coj_inclusionary and the deadline for submission of public comments on the Draft Policy is 30 April 2018. Comments should be addressed to az.gro.gruboj@wnalyd before the due date.
NextOptions
›
Email Print PDF
Read more: Neil Gopal, SAPOA, City of Johannesburg, low cost housing, low-income households, inclusionary housing, Inclusionary Housing Policy 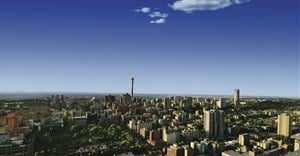 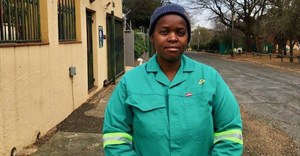 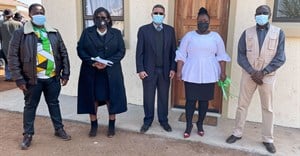