By: Naresh Maharaj
Space. A real double meaning here with respect to Hyundai's latest offering. First, you have to say that the Staria is indeed futuristic. It's almost like being in a space movie. Then, of course, there are loads of space in the Staria Multicab, enough to load up luggage, cooler boxes, surfboards, mountain bikes, golf bags (yeah!) then some. The one thing that you will definitely not be short of is space, the Staria frontier. Life the middle seats upwards and again, plenty of 'hold' space to store away valuable items like laptops and other valuables. Incredibly lots of space. I road-tested the Staria Multicab at launch a few days ago and the drive, on both tar and off-road, was equally pleasing. And yes, I did feel like Captain Kirk, steering the Starship Enterprise. The Staria was launched last November and now it gets a new variant with the Multicab, a five-seater van with a separate cargo area that adds a level of versatility which makes this an outstanding leisure vehicle, with the ability to carry large articles for commercial use.

So if you want the best of two worlds, work and leisure, then this Multicab is for you.

Imagine this: you are trekking to and from work with a few passengers. Then on the weekends, you load up with your leisure equipment and head off to the beach, mountains, valleys or streams.

The Multicab joins three other Staria variants in the South African range: the Luxury, Elite and Executive, with 7 to 11-seat configurations and various features and trim levels. A Staria panel van will be added to the local range later in 2022.

“We have received numerous compliments and positive reviews after the initial Staria launch in 2021, which confirmed the big step forward Hyundai has taken with this vehicle – it gives real meaning to ‘next level’. In only two months of sales it has captured 7% of its market segment for the year,” says Stanley Anderson, sales and operations director of Hyundai Automotive South Africa. “The Multicab boasts many of the luxury features and the superior ride quality of its range siblings, but it combines the practicality of a five-seater vehicle with a large, secure and very useful separate cargo bay. Mountain bike riders, campers and other fans of such a leisure lifestyle will love this vehicle. On top of that, it can be used for commercial purposes too.”

Evoking the streamlined form of a spaceship, the STARIA’s sleek exterior is defined by a single stroke running from front to rear — inspired by the curve of light that illuminates the Earth’s horizon at sunrise when viewed from space. The Staria’s front is characterised by a bold, wide radiator grille with a unique pattern. Its clean silhouette is further accented by a pair of low-set headlamps. Hyundai uses the same body colour for all front parts to maximise the vehicle’s modern and pure style.

The Staria interior applies a simple and modest layout to highlight the driver’s convenience and passengers’ comfort while staying faithful to its original value as an MPV.

The cruise ship-inspired interior delivers an open and unique atmosphere through its innovative design architecture.

The vehicle’s lower beltlines and panoramic windows create a spacious, stimulating environment for the driver and passengers.

The driver’s seat has a futuristic high-tech look with an advanced 8-inch front display screen, touch-based centre fascia and a shift lever for the Multicab version.

The digital cluster is located on top of the dashboard, providing an unobstructed view for the driver.

The Staria Multicab has secured the highest level of passive and active vehicle safety. It offers six airbags, and all seats come with three-point seat belts and headrests.

Safety is further bolstered by smart active features such as Blind-Spot Detection and Rear Cross-Traffic Alert.

Hyundai’s smart infotainment system with an 8-inch touch-screen display is fitted to all derivatives and is equipped with a wide-angle camera rear park assist camera, aided by park warning sensors in both front and rear bumpers.

The infotainment system, standard in all versions, links wirelessly via Bluetooth to Android Auto or Apple CarPlay.

The Staria is driven through its front wheels by an improved R2.2l turbodiesel engine, mated with an eight-speed automatic transmission.

It delivers 130kW maximum power and its torque output peaks at 430 Nm. Its high-efficiency, air-cooled turbocharger has an improved compressor performance.

The Hyundai Staria Multicar is launched at a suggested retail price of R759 900, which includes a seven-year/200,000km manufacturer warranty, roadside assistance for seven years or 150,000km,

Beam me up Scotty!

Naresh Maharaj is a petrol head who loves cars and writing about them. He is also a Member of the SA Guild of Motoring Journalists. Naresh is also an international sports correspondent and an acclaimed corporate MC and voice-over artist. Naresh is a sports/news producer for community radio stations and also an award-winning sports journalist. Contact Naresh on moc.liamg@123jarahamn.
Read more: Hyundai, Hyundai South Africa, VANS, car review, Naresh Maharaj The new Jeep Gladiator: The legend lives on27 Jun 2022 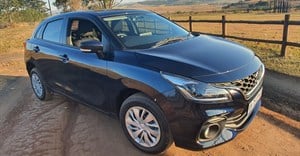 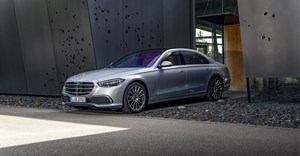