Quick fix? Not for Astrapak

17 May 2013 | Email | Print |  PDF
Astrapak optimists are betting heavily on the new chief executive Robin Moore's ability to restore the troubled packaging firm to health. Reflecting this confidence, Astrapak is trading on a 75,5 price:earnings ratio despite a 61% fall in headline earnings per share for the year to February and a 90% fall in earnings over the past three years.

"Fundamentally Astrapak is a good business," says Moore, who turned his back on a 27-year career at Nampak to take on a repair job that defied his predecessor, Marco Baglione, during his four years as chief executive.

However, Moore feels he is up to the challenge. "Most of my working life has been spent in turnarounds," he says.

Astrapak's weakness, says Moore, lay in its failure to consolidate after an acquisition spree by Ray Crewe-Brown, who, as chief executive from 1997 to 2008, masterminded more than 20 acquisitions, creating SA's largest plastics packaging firm.

"Astrapak," Moore explains, "was structured in autonomous regions which led to similar businesses competing with each other."

The first step Moore took was to create five national divisions. "We moved from an entrepreneurial to a structured model." He says top management has also been beefed up with all senior appointments completed.

Moore plays down the impact of a fire that destroyed Astrapak's East Rand plastic flexible packing plant in January.

The fire, he says, will cut the flexible packaging division's annual sales of about R1bn by 45% but the profit impact will be small. The flexible division's operating profit of R8m in the latest reporting period compares with the key rigid plastic division's R107m achieved on sales of R1,75bn.

Moore is non-committal on how the proceeds from a fire insurance claim of at least R295m will be used. But it seems unlikely they will all be ploughed back into flexible packaging, a sector beset by cut-throat competition.

Moore is confident that the base has been laid for Astrapak's recovery but is not promising a quick fix. "There will be an improvement this year but you don't complete a turnaround on this scale in a year," he says.

Is Astrapak's ultra-high price: earnings ratio justified? Evan Walker of 36One Asset Management thinks not. "At best [Astrapak] should be on a 10 p:e, which means it is discounting headline earnings per share of about 80c," says Walker. He does not see this level being attained any time soon. "Turnarounds tend to take far longer than most people expect."

More so in the tough environment the packaging firms now face. "At a time like this, stick with the companies with good records," says Walker.

One of these is Nampak. Strongly in its favour is its leading position in Africa, a market Moore says Astrapak will pursue only after its problems in SA are resolved. It will have a lot of catching up to do with Nampak, which is riding high on its early-mover advantage.

Nampak's chief executive Andrew Marshall says the firm already generates over 20% of its sales in Africa at operating margins of between 14% and 15% compared with just 9% to 10% margins in SA. He says Nampak is aiming for 35% of sales from Africa by 2015 and has a tentative target of 50% by 2018.

Based on its long-term record, rigid plastic packaging specialist Bowler Metcalf should also rank highly. But its appeal is marred by soft-drink unit Quality Beverages' foray into Gauteng, where it opened a production plant in 2011. A big success in the Western Cape, Quality Beverages has failed to get a grip in Gauteng, where profits remain elusive.

Transpaco also ranks high on its long-term profit growth record. But the small companies's prospects are marred by its dominant flexible plastic packaging unit, which recorded a 25% year-on-year slump in pretax profit in the six months to December. 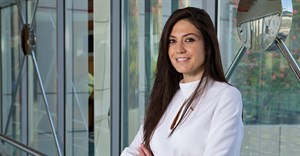 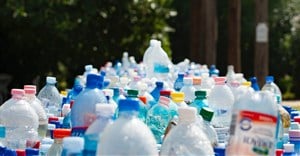 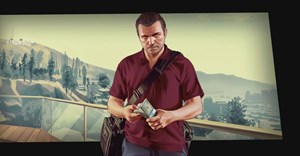