Image source: Gallo/Getty
The organisations are also renewing calls for governments to crack down on manufacturers of counterfeit batteries and of mis-labelled and non-compliant shipments introduced into the supply chain, by issuing and enforcing criminal sanctions on those responsible.

"Dangerous goods, including lithium batteries, are safe to transport if managed according to international regulations and standards. But we are seeing an increase in the number of incidents in which rogue shippers are not complying. The industry is uniting to raise awareness of the need to comply. This includes the launching of an incident reporting tool so that information on rogue shippers is shared. And we are asking governments to get much tougher with fines and penalties," said Nicky Careen, IATA’s senior vice president, airport, passenger, cargo and security.

• New incident reporting and alert system for airlines: An industry information sharing platform has been launched to target misdeclared consignments of lithium batteries. The reporting system will allow real-time information about dangerous goods incidents to be reported in order to identify and eradicate acts of deliberate or intentional concealment and misdeclaration.

• Industry awareness campaign on the dangers of shipping undeclared and misdeclared lithium batteries: A series of dangerous goods awareness seminars are being held across the world targeting countries and regions where compliance has been challenging. In addition, an education and awareness program for customs authorities has been developed in collaboration with the World Customs Organization (WCO).

• Facilitation of a joined-up industry approach: Industry has put its support behind an initiative presented by the United Kingdom, New Zealand, France and the Netherlands at the recent Assembly of the UN’s International Civil Aviation Organization (ICAO) which calls for adoption of a cross-domain approach to include aviation security, manufacturing standards, customs and consumer protection agencies. Currently, air cargo is scanned for items that pose a risk to security such as explosives, but not safety such as lithium batteries.

Governments must also play their role with much stricter enforcement of international regulations to ensure the safe transport of these vital shipments. The four trade associations urge regulators to follow through with significant fines and penalties for those who circumvent regulations for the transport of lithium batteries.

"Safety is aviation’s top priority. Airlines, shippers and manufacturers have worked hard to establish rules that ensure lithium batteries can be carried safely. But the rules are only effective if they are enforced and backed-up by significant penalties. Government authorities must step up and take responsibility for stopping rogue producers and exporters. Abuses of dangerous goods shipping regulations, which place aircraft and passenger safety at risk, must be criminalized," said Glynn Hughes, IATA’s global head of cargo.

"We have seen high interest from the regulators on the issue of lithium batteries not that long ago, and it did help to improve the situation. We are asking governments to put this problem again on the top of their agendas," said Vladimir Zubkov, secretary-general, The International Air Cargo Association (TIACA).

"Responsible shippers rely on government enforcement of standards to protect their investment in training and safe operating procedures. Airfreight remains a vital link in international supply chains and it is essential that the rules for ensuring the safe movement of all cargoes are understood and acted on by all parties involved," said James Hookham, secretary-general, The Global Shippers Forum (GSF).

"The increasing use of lithium batteries coupled with the growth of e-commerce supply and demand is exposing the air cargo supply chain to greater risk of un-declared or mis-declared goods. We support regulators imposing strict adherence to established compliance standards," said Keshav Tanner, Chairman of FIATA’s Airfreight Institute.

Lithium batteries carried by passengers remain a safety focus for airlines. Portable Electronic Devices (PEDs) guidance is available to travellers in eight languages detailing what items must be packed in carry-on baggage. 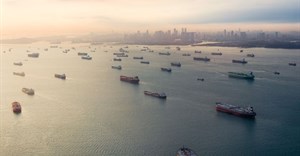 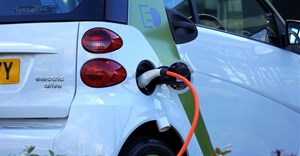