11 May 2018 | Email | Print |  PDF
The International Air Transport Association (IATA) released an analysis of demand and supply in the air freight sector that shows increases and decreases in each region.
The analysis shows that demand, measured in freight tonne kilometres (FTKs), rose 1.7% in March 2018, compared to the same period the year before. This was five percentage points lower than the February result and the slowest pace of growth in 22 months.

The year-on-year increase in capacity, measured in available freight tonne kilometres (AFTK), fell to 4.4% compared to 6.3% in February. This was the first time in 20 months, however, that annual capacity rose faster than demand.

The sharp growth slowdown is principally due to the end of the restocking cycle and a softening of global trade.

All regions except Latin America reported year-on-year declines in growth in March, with Africa in negative territory.

Africa - FTKs fell by 3.4% in March. This result may, however, be influenced by the comparison with unusually strong growth in March 2017.

Asia-Pacific - Carriers FTK growth of just 0.7% compared to the same period a year ago.

Latin America - Airlines posted growth of 15.5% in March compared to a year ago, the only region to improve on its performance compared to February 2018.

North American - Carriers’ freight volumes expanded 3.9% compared to March 2017. The US inventory-to-sales ratio has risen in 2018, indicating the boost to cargo growth from restocking is over.
NextOptions
›
Email Print PDF Governments are withholding $4.9bn from airlines, according to IATA8 Jun 2018 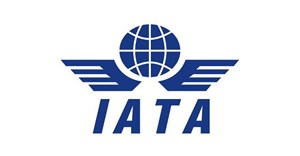