Implications of buying a property together

14 Jan 2016 | Email | Print |  PDF
Buying a property should be approached with a business-like attitude, in that all the pros and cons be considered as well as a contract drawn up between shareholders in the property. © Yuliya Tsyhun – 123RF.com
"Many say it is often easier to get married than divorced, and the same could be said about co-buying property," says Anne Porter, head of Knight Frank Residential SA.

Often two people choosing to buy a house together will decide they want to invest together, they find a 'charming' house and go through the process of buying it, but they do not consider beforehand all the implications of doing so. What would happen for instance if the one were transferred to another province or country and needed the funds from the property, and the remaining person was not able to buy the other out?

Or what would happen if there was an argument or fallout and the relationship soured, who would have to leave the property? Then, too, if improvements are made to the home, will there be a 50/50 split on costs as well as profit made as a result of the improvements? What if the improvements are wanted by one party and the other is not happy to pay towards them?

Division can be challenging

The division of co-owned property can be challenging if there are no previously determined terms and conditions written down. This is where the actio communi dividendo principle would be used. This affords and co-owner a way of receiving his share in the property or be compensated properly should they not come to an amicable decision on a split. This allows for courts to decide whether to order that the property be:

1. subdivided;
2. sold; or
3. transferred to one of the co-owners against payment from the other.

It is worth noting that even if there is a pending claim for subdivision of a property that is jointly owned, the co-owners may still sell their share. The only time that a co-owner may not insist on the partition of a property is where there has been an agreement entered into that states they may not do so within a specific period.

The courts can also rule that property be sold via public auction, with the condition that the reserve price is met, and the proceeds are then split and paid to the co-owners.

Ultimately, the aim is to avoid legal battles as these are extremely costly and time consuming. If all potential problems are discussed beforehand, and then factored into a contract between the co-owners, each party knows upfront what his commitment and outcome from the partnership will be.

This provides a clear decision of what would need to be done in the case of the partnership being dissolved and leaves no 'grey' areas for personal interpretation. 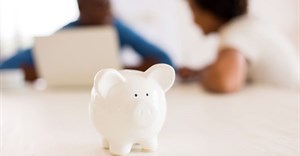 Should you buy property together?14 Feb 2017