1 Sep 2020 | Email | Print |  PDF
This September, more than half a dozen "recession-resistant" investment properties, comprising neighbourhood and community retail shopping precincts, will go under the hammer, shares High Street Auctions director and lead auctioneer Joff van Reenen. He says property investment indices emerging from the Covid-19 pandemic have only served to underscore the intrinsic long-term performance of this asset class. “For the past three years, High Street has partnered with several listed funds and corporates in the restructuring of their non-core retail portfolios, which has resulted in the transfer of assets worth approximately R5bn.

“Even before the pandemic, investor appetite for retail property on auction was largely impervious to broader negative economic sentiment. It’s a growing trend in recent years that’s kept pace with increased local consumer spending driven by the retail convenience factor.

“Early figures we’re seeing from the Covid period have only served to reinforce investor confidence in this asset class, because it’s neighbourhood and community retail centres that effectively secured the national food distribution network during the height of the lockdown.

“Even eliminating the severe travel restrictions that forced communities to shop local, ‘new normal’ social-distancing awareness of the need to avoid crowded spaces such as malls has already changed consumer habits.

“There’s absolutely no doubt that the trend of increased spending in smaller retail centres is here to stay.”

According to the 2020 Q1 Retail Trends Report issued by the SA Property Owners’ Association (SAPOA), the overall trading density in retail centres for March 2020 increased by 2.8% year-on-year.

“However, looking only at the headline figures in isolation can be deceiving. At an aggregate level, annualised trading density growth has been mainly driven by the smaller retail formats which have benefitted as shoppers favour convenience centres for an increasing proportion of their spend.

“Excluding community and neighbourhood centres drops the overall growth to below 1%,” notes SAPOA.

Annualised trading density growth by segment for March 2020, as measured by the MSCI South Africa Quarterly Retail Trading Density Index in the SAPOA report, shows that the greatest performer by far was neighbourhood retail at 14.9% followed by community retail at 7.35%.

Van Reenen says every one of the more than half a dozen small retail centres going under High Street’s virtual auction hammer on 10 September comprises corporate sale lots.

The virtual auction is open to public viewing, but only compliant and registered bidders may participate in the sale, which will be streamed live from noon. 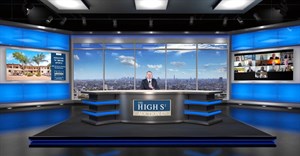 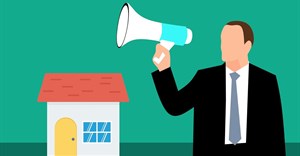 Buying property on auction? Here's what you need to know17 Sep 2020 Has Covid-19 triggered a permanent shift away from dense city living?22 Jul 2020 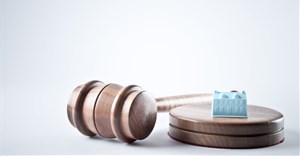