14 May 2020 | Email | Print |  PDF
By: John Loos
In a previous note, we indicated that, in the post-lockdown recessionary period we would likely see the direct economy-related pressures being more severe on the industrial property sector, via the highly cyclical manufacturing sector along with economy-wide inventory decline, than on the retail property sector, whose key economic driver, namely the mainstream retail sector, typically sees less of a decline in its GDP during a recession. Beyond the guidelines: Why a good relationship between tenant and landlord is key

Going back in data history, it would appear that retail property’s “golden era” started somewhere in the 1990s and continued all the way to 2007, in which period its affordability deteriorated at a significantly more rapid rate than that of the office and industrial property sectors.

The move stronger by Regional Shopping Centre Cap Rates, relative to the Office and Industrial Cap Rates came in the 1990s and early-2000s, the biggest gap it managed to open up on the other two sectors being in the first half of 2005 (-2.9 and -2.3 percentage points below the cap rates of office and industrial respectively).

2005 was around the peak of one of the big partly credit-driven consumer booms in history, so a superior performance in retail property would be hardly surprising.

In short, over the past three decades, retail property has not often been "handicapped" relative to the other two major sectors with regard to the relative strength of its key economy-related growth drivers.

However, we believe that a significantly bigger deterioration in this sector’s affordability, relative to the other two sectors, has become its “achilles heel”, at a time when the economy is weak and the challenge from online retail is intensifying.

Most of the strong retail property affordability deterioration came prior to the 2008/9 Global Financial Crisis Recession.

In real terms, adjusting for broad economy-wide inflation using a GDP inflation measure, operating costs/square metre rose cumulatively by 97% from 1995 (the year that MSCI data starts) to 2004. And when the big Eskom tariff hikes started around 2008/9, the sharp rise started again, real operating cost reaching a cumulative 1995-2012 real growth rate of 141.1%. By that year, cumulative real operating cost growth/square metre for industrial was a lesser 98.6% for industrial property and a mere 17.8% for office space.

From 1995 to 2007, retail property net operating income growth in real terms (also adjusted using GDP inflation) grew cumulatively by 110.3%, while that of office space was a far lesser 36.7% and industrial property 16.6%.

But from 2008 onward, one could see a lack of progress in the retail property sector’s ability to grow real net operating income further.

After a recession-driven 2008-2011 dip in real net income, influenced in part by the start of very significant electricity tariff hikes, the retail property sector’s real net operating income made something of a comeback to reach a similar level to 2007 as at 2019, cumulative growth from 2007 to 2019 being a slightly negative -2.2%.

By comparison, the less “inflated” office space saw positive cumulative real growth in net operating income of 12.8% over this period and industrial property an even more significant +24%.

We believe, therefore, that after way outpacing the office and industrial property classes in terms of affordability deteriorations for tenants in the retail property space, from 1995 to 2007 on a cumulative basis, retail property was already running into the constraint of its own relative in-affordability from 2008 onwards, and was unable to cumulatively grow its real net operating income over a period of 12 years from then onward.

By comparison, office and industrial still had some space to growth their real net operating incomes over the 2007 to 2019 period, even though their relevant driving economic sectors did not noticeably outperform retail sector GVA growth during this period.

Similarly, real growth in retail property’s average capital value/square metre has outpaced the office and industrial sectors by far from 1995 to 2019, rising cumulatively by 99%, compared to industrial property’s 55.2% and office’s 32.2%.

But that outperformance was achieved up to 2007, and from 2007’s peak to 2019 its cumulative real changes was a negative -3.1%, compared with an office property positive +8.7% and industrial property’s +22.7% over the same period.

Recessionary conditions that may linger in the post-lockdown phase of the coronavirus crisis “era” are expected to exert direct pressure on all the major property classes, but probably more so on industrial property (given its link to the highly-cyclical manufacturing sector) and less so on retail property.

But this doesn’t mean that retail property has less risks. Retail property’s key risk lies in its relative "in-affordability” compared with the office and industrial property classes. The big retail affordability deterioration came during the sector’s “glory years” through a part of the 1990s and up to 2007. 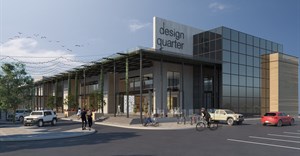 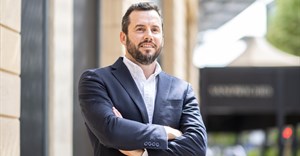 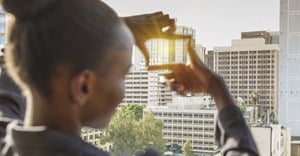