29 Sep 2017 | Email | Print |  PDF
By: Alistair Anderson
Shopping centre developers and landlords, as well as tenants, have to make radical changes in how they store and present their merchandise or they will lose their lunch to a wave of innovators, says Howard Saunders, a retail trend expert.
Saunders, who spoke at the South African Council of Shopping Centres' annual convention in Cape Town earlier in September, has worked in retail design for more than 25 years and is a former creative director of design group FITCH, based in London. He has also done work for Marks & Spencer, Waitrose and Westfield.

Saunders says many global brands are creating concept stores to entice customers and increase their dwell times in branches. This is while SA's retailers and malls have come under pressure from subdued consumer spending in a slow-growth economy.

"Technology is advancing at an incredible pace. We are experiencing unprecedented leaps in communication tools. In fact the mobile phone is the most significant invention for humanity since the wheel. It's gone fire, the wheel and then the phone. So, for a start, retailers and landlords should integrate mobile phone technology and use," he says.

Concept stores often add some kind of entertainment function or something pleasant to view in the store. Saunders highlights how online shopping giant Amazon had opened Amazon Books brick-and-mortar stores. Its first branch opened in Seattle nearly two years ago, followed by branches in nine other locations. Amazon Books selects books based on Amazon.com customer ratings, pre-orders, sales and popularity on Goodreads and then makes these the most stocked books in the stores.

Another concept store is the Doc Martens music-theme shoe store. The store includes a popular music-themed section where customers can buy and view band memorabilia. These trends are well established in developed countries and may still take a while to become entrenched in SA, Saunders says, adding that in tough economic times retailers had to be smarter and "tailor new technologies so they were ready when their market was disrupted".

#SACSCCongress: The artisanal food revolution and the modern retail space

South African retail is facing various challenges. Consumer spending has weakened while the economy's growth is muted and employment creation is subdued. Brands are seeking smaller space and cheaper fitouts. One of the country's oldest department stores, Stuttafords, closed down in 2017, while the likes of Nine West and River Island have exited SA.

Trading densities, or turnover per square metre, have been declining across an array of shopping centres. The IPD SA Retail Trading Density Index, released at the convention, reports that for the second quarter of 2017, superregional malls or centres sized 74,000m2 and more experienced an 8.2% fall year on year in trading density growth. Trading density growth in regional malls or centres sized between 37,000m2 and 74,000m2 increased 0.5%. Community centres, which are between 9,300m2 and 32,500m2, did the best with 2.8% growth in trading density overall, followed by neighbourhood centres, between 2,800m2 and 13,900m2 in size, which enjoyed 1.2% growth.

Both Growthpoint Properties and Hyprop Investments CEOs Norbert Sasse and Pieter Prinsloo have said that stores in their malls were selling less. Trading density in Growthpoint's 58-mall portfolio, grew 1.3% on average for the year to June, sharply down from 6.1% in the previous financial year. The trading density growth at its prized V&A Waterfront Victoria Wharf centre also disappointed, plummeting from 13% to 2%. Hyprop, which owns a portfolio of 10 mostly premium malls across SA, reported that trading density growth slowed to 1.4% for the year to June, down significantly from 5% a year earlier. 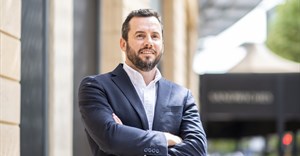 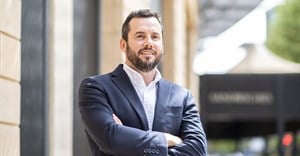 #BizTrends2021: There's good news as well as bad for the property industry6 Jan 2021 Flexibility to remain the norm in 2021, but offices still the more popular option21 Dec 2020
More related