Capco is aiming at consistent returns

24 Feb 2017 | Email | Print |  PDF
By: Alistair Anderson
Capital & Counties (Capco) is well-positioned to provide consistent returns for shareholders over the next three years, regardless of uncertainty about Brexit, says its management. CEO Ian Hawksworth, speaking after the release of financial results for the year to December on Wednesday, 22 February, said "despite macroeconomic uncertainty and challenging market conditions, Capco's strategy remains clear and focused".

"London is an outstanding global city and we have two of its best estates.

"Capco's strong balance sheet and unique assets are well placed for management to create and deliver long-term value for shareholders," he said.

The owner of two of London's most iconic assets, Earls Court and Covent Garden, was one of the biggest losers in 2016 after the referendum vote in favour of the UK leaving the EU.

This was largely due to devaluation in residential properties in London, which affected Earls Court. Capco's Covent Garden retail centre performed well during the year.

The group proposed a final dividend for the 2016 financial year of 1p per share providing a full-year dividend of 1.5p per share. This meant the group matched 2015's dividend.

"Capco has made significant progress at its two central London estates during 2016.

"Covent Garden has introduced high-quality retailers and restaurants, resulting in a record year of leasing transactions, producing an uplift in value of 6% to £2.3bn and an increase in estimated rental value of 8%," said Hawksworth.

"At Earls Court, the first phase of demolition is now complete, de-risking the site and preparing the land for future development. Weakened sentiment in the residential market, following changes to stamp duty and political uncertainty, particularly in the first half of 2016, led to a valuation decline at Earls Court Properties of 20% to £1.1bn. As a result, Epra [European Public Real Estate Association] net asset value declined by 6% to 340p per share," Hawksworth said.

"The results were notably better than the market and [what] we expected. Covent Gardens continued to shine and the Earls Court valuation was more forgiving than we anticipated," Robins said.

Hawksworth said that Capco's residential properties had started 2017 well after a difficult 2016. "The first residents have moved into Lillie Square and additional units will be released over the coming months now that the first release of phase two is predominantly sold.

"Land enablement will continue at Earls Court," he said. 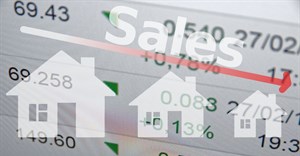