The dire financial position of the South African Post Office SOC Ltd (SAPO) has been publicly known for years and was only aggravated by the financial consequences of the Covid-19 pandemic.

The situated heightened in 2020 to the extent that SAPO could no longer meet its debt obligations to an array of creditors, which included the 'statutory creditors' such as the Post Office Retirement Fund (Fund), its medical aid scheme, UIF and SARS to the sum of R454m.

No different to any private sector employer which provides for employee retirement benefits, SAPO had, prior to May 2020, paid monthly contributions to the Fund which comprised a percentage of members’ contributions of pensionable salary and the employer's percentage contribution of pensionable salary. When its existing financial woes were worsened by the national lockdown of early 2020, the Acting CEO of SAPO informed the Fund in June 2020 that: "Last month we paid the pension fund but did not pay Medipos (the medical aid scheme), this month we will commence payments with Medipos and then the Fund. We are cognizant that both parties have statutory requirements in this regard but we are trying not to be unfair to any one party".

In proceedings which culminated in December 2021 in the SCA in the matter of Post Office Retirement Fund v South African Post Office SOC Ltd and Others, the issue before the court was the legality of SAPO's board of directors' conduct to prioritise some creditors over others and its failure to pay employee contributions from May 2020 to the Fund, which resulted in SAPO being indebted to the Fund to the tune of R40 million per month (excluding interest).

The unanimous scathing judgment of the SCA (per Plasket JJA) held that SAPO is obliged and required, in terms of rule 3 of the Fund's rules, to pay contributions, to the Fund on a monthly basis, in arrear, by not later than the first working day of each month and that SAPO is in breach of this obligation in that it has not made the required payments since May 2020. The SCA further held that SAPO was not authorised to decide to withhold payments and prioritise other creditors over the Fund. The SCA ruled that SAPO's financial woes pre-dated the Covid-19 pandemic were foreseeable, avoidable and caused by managerial failures.

The decision of the SCA confirms long-standing principles with regard to the obligations of an employer to ensure timeous monthly payment of contributions to a retirement fund on behalf of employees as well as the duty of the "Principal Officer" to ensure the collection of contributions from participating employers in the fund.

That employers and employees were under immense financial strain as a consequence of the lockdowns was not unique to SAPO. Therefore, SAPO's board of directors could not legally adopt the position to elect to withhold retirement contributions to the Fund in order to "restructure" its debt obligations as it saw fit, in the absence of seeking a contribution holiday which was a mechanism relied upon by a number of Funds/employers in 2020 or urgent rule amendments. The SCA judgment is silent on why such options were not pursued by SAPO.

It is important to note that a fund which is not at arm's length from the employer is open to abuse and could also result in its trustees being liable for breach of their obligations in the administration of the fund should they fail to prosecute the employer's non-compliance with the fund rules and statutory obligations.

Significantly the SCA judgment also clarified the deep-rooted misconception by some employers that it is the employer which pays both the member and employer contributions, out of its own funds to the respective retirement fund. In the world of CTC packages, the employee places the employer in funds to pay the contributions. The pension fund contributions are not merely a notional “deduction” and a simple payroll accounting or book entry, on an employees' payslip. It is important for an employer to understand that where these contributions are not paid over to the retirement fund, the company is effectively unlawfully appropriating its employees’ pensions for the payment of its own operational expenses. This cannot be done by an employer.

The SCA has also suggested that the non-payment of the contributions constitutes an unfair labour practice. If so, this is actionable under the Labour Relations Act which if taken up successfully would only worsen the existing financial woes of SAPO.

By the time of judgment in December 2021, SAPO was indebted to the Fund in the sum of R800m (excluding interest). Taking into account the 'statutory debts' referenced earlier the debt position of SAPO is easily in excess of R1bn.

SAPO's current position is yet another example of the endemic problem of poor governance of the country's state-owned entities, whose directors often do not have a proper understanding of their fiduciary duties or proper financial management which has been laid bear by testimony in the Zondo Commission of Enquiry.

The court in South African Broadcasting Corporation Ltd v Mpofu stressed that good corporate governance (particularly in state-owned enterprises) is ultimately about effective leadership. The court further held that an organisation depends on its board of directors to provide it with direction. The board should ensure that the company is and is seen to be, a responsible corporate citizen and should provide effective leadership based on an ethical foundation and take into account interests of all stakeholders including employees.

The individual duties of the directors are well entrenched in South African common law and have been codified (to some extent) and extended in the Companies Act, 71 of 2008. Directors are required to act in accordance with their fiduciary duties, with proper purpose and in the best interests of their companies, including a duty to exercise care, skill and diligence to promote company success through independent judgment. Failure to properly perform the duties of directors may render a director personally liable to pay monetary damages. Furthermore, directors can be declared delinquent or even face criminal sanction for reckless trading and contravention of the Companies Act.

Additionally, directors of SOEs must be mindful of the obligations placed upon them in terms of the Companies Act in relation to solvency, in particular, section 129(7) of the Companies Act, which stipulates that if the board determines that a business is in fact financially distressed, they are obliged to either adopt a resolution to commence with business rescue proceedings, alternatively, deliver a written notice to each of its creditors, employees, trade unions and shareholders, setting out, inter alia, its reasons for not voluntarily commencing business rescue proceedings.

Failure to adhere to provisions as set out in the Companies Act could result in a director being held personally liable for all the debts of a company. Section 77 of the Companies Act speaks to this personal liability and explains that where a director knowingly carried on the business of the company recklessly or with the intent to defraud creditors or other stakeholders, he/she shall be held personally liable for any loss incurred by the company. Section 214 goes even further to provide for criminal liability for those directors at the steer of a company which is being traded recklessly.

In considering the above, one may surrender to the fact that in order to avoid personal liability in times of financial distress, a director is left with no choice but to either adopt a resolution for the commencement of business rescue or send a notice to all stakeholders, leaving the company in a worse off position and seemingly not acting in its bests interests. One of the main reasons that a director may elect not to send out a notice as provided for in section 129(7) (in the alternative to placing the company in business rescue), is for the sole reason of such notice seeming more like a 'death notice'. This is because often, the creditors may respond to such notice by applying to court for the company to be liquidated, as the notice contains an admission by the company of its commercial insolvency.

Therefore, should a director elect not to adhere to the provisions provided for in section 129(7) insofar as they believe that they would be acting in the best interests of the company, he/she would have to be able to prove that they acted honestly and in a reasonable manner in conducting business while the business was seemingly in financial distress. The tough question would therefore be whether a decision by a director to prefer certain creditors over others, in the face of a dire financial position, would constitute honest and reasonable behaviour?

In addition to the Companies Act provisions and given that SAPO is an SOE, its board of directors is also required to comply with the provisions of the Public Finance Management Act, 1999 (PFMA), in particular section 50 thereof which requires the board (including each director thereof) to act with fidelity, honesty, integrity and in the best interests of the SOE. In terms of section 86(2) of the PFMA, a board of an SOE (and implicitly the individual directors on that board) may be liable on conviction to a fine, or imprisonment of up to five years, if directors of that board wilfully or in a grossly negligent manner fail to comply with section 50 of the PFMA.

The SAPO matter may be distinguishable from state-capture scenarios as highlighted in the Zondo Commission, as the employees funds were not siphoned by the board to line their own pockets, so there is probably a lesser likelihood of PFMA sanction. However the consequences of the actions of the SAPO board are no less heinous than those involved in state capture, given SAPO's unlawful use of employee's funds and the potential reckless trading by a custodian of taxpayer's assets. With such a high level of debt, how the South African government can endorse a further bail-out of this entity would at face value not make any commercial sense and if to be considered would demand closer public scrutiny. 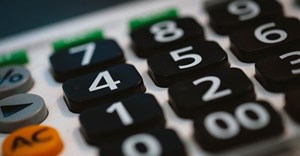 #BudgetSpeech2022: What it means for your financial planning25 Feb 2022 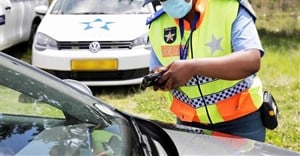 Car licence renewal: Here's how you can do it faster7 Dec 2021 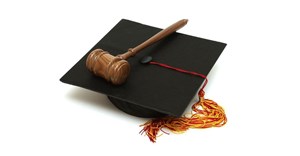 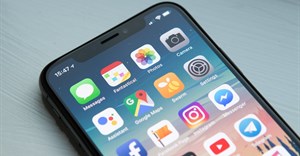