20 Jul 2018 | Email | Print |  PDF
According to Southern Africa Stainless Steel Development Association (Sassda) market intelligence specialist Lesley Squires, Tanzania and Kenya are primed for increased bilateral trade with South Africa. This following a recent trade visit under the auspices of dti Trade Investment Africa to identify opportunities for Sassda members seeking to grow their export base in Kenya and Tanzania. Returning from a three-day trade visit to the two countries, Squires confirmed, “South Africa currently sees R6.5bn in export trade to Tanzania making South Africa one of the country’s top ten investors, with 170 South African companies such as Game, Vodacom, Stanbic, Multichoice, Anglo Gold and Southern Sun already operational in Tanzania. With an abundance of natural resources – it’s the third largest gold producer in African, after Ghana and South Africa - the Tanzanian economy is dependent on its agricultural sector which contributes a quarter of its GDP and employs 80% of the work force.

"Currently, there is a lot of investment in rail and road infrastructure which is sorely needed, but there are still many more opportunities in the sector and the Tanzanian National Development Cooperation is filling the gap in financing critical development projects in the agro, biological, chemical, metallurgical iron and steel and power production and a number of enquiries have already been made to Sassda member companies in the sector.”

Kenya looks just as favourable for increased trade agreements with already a $17.3bn total in exports from South Africa into Kenya in 2017 and a current trade balance which lies in South Africa’s favour in the importation of iron and steel, industrial machinery, alloy steels, cars, and medicines.

“There are no exchange controls in Kenya as they fall under the International Court of Arbitration and President Uhuru Kenyatta has announced a priority focus for the next five years for the nation on the country’s 'Big Four', namely affordable housing, food security, increased manufacturing, and universal quality healthcare,” said Squires.

“Desbro Engineering have been members of Sassda since February 2015 and have visited Sassda and some of the members in Cape Town and Johannesburg looking at new equipment and technology. They operate at the highest levels of productivity to ensure their clients see optimal levels of hygiene and process efficiency. Their own plant was immaculate, in line with this,” commented Squires.

While there, Squires also met with Uni Industries East Africa Limited regional MD Moez Manji and regional GM Roscoe Bremer who confirmed that, as suppliers of kitchen, bakery, refrigeration, laundry, supermarket and hospitality solutions across Kenya, Tanzania, Uganda, Rwanda and Zanzibar, they currently import from SASSDA members Scientific, Anvil Range, Macadams, Foodserv and Colcab. While not Sassda members themselves as yet, it was established that they soon intend doing sheet fabrication locally and have asked for assistance in further sourcing through current Sassda members. Nigeria hasn't been able to produce steel: remanufacturing could be the solution21 Jul 2022 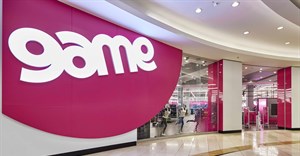