25 Jan 2022 | Email | Print |  PDF
By: Ashley Oldfield
Mercedes-Benz South Africa (MBSA) will launch five electric cars in 2022; this follows the news that rival premium brands Audi and BMW will have similar launch schedules for their EV models this year.
Coming up with an EV rollout strategy for South Africa is not as simple as it might be for carmakers in developed countries, because we have some extra red tape to cut through. Suffice to say, even long-established marquee brands are not accustomed to dealing with our market’s specific barriers to entry. Let’s start with the tax issue. A 25% import duty is levied on electric vehicles, whereas that percentage is “only” 18% for fossil-fuel-fed vehicles. An electric vehicle is further subject to 17% ad valorem (luxury tax) because the cost of its battery pack pushes the overall cost of the vehicle into a luxury threshold.

All told, the government taxes battery electric vehicles and hybrids by 42%, which explains why such vehicles remain prohibitively expensive for the overwhelming majority of South African new-car buyers. Many local car companies and the industry body, Naamsa, are lobbying to have this ad Valorem tax removed and it’s widely believed that it could happen early in 2022. Nevertheless, premium brands such as Mercedes-Benz are less affected by excessive taxation because it has less of an impact on a model’s price at a higher price point. Still, right now, the cheapest electric vehicle on sale in SA costs R700k.

Then there’s the issue of charging stations, which isn’t actually a problem at the moment – there are so few electric cars on our roads that we have an oversupply of charging stations. In fact, we have one of the highest charging stations per car ratios in the world. While many of these charging stations aren’t “fast chargers” in the same way European chargers can charge up battery-electric vehicles in a matter of minutes – not hours, manufacturers are digging into their own pockets to build up a newer and faster-charging network.

To this end, Mercedes-Benz will supply a home-charging kit, which can be installed anywhere you want it (the obvious place would be at your home or workplace). Statistically, most EVs are charged up at home overnight, where a DC charger such as the one Mercedes-Benz supplies (other brands also have chargers available) will top up an EV in a few hours (depending on how low the battery’s charge is).

Mercedes-Benz will also install a charging station at each of its 36 dealers that have been selected to sell and look after the maintenance of the Three-pointed Star EV models that will come to our market this year. These charging stations will be compatible with other brands’ vehicles too, all of which will significantly add to the local charging network.

MBSA also noted that some of the key points will have 100-kW fast-charging capability, which represents a notable upgrade over the current 60-kW limit. Such chargers will be capable of charging an EQC’s high-voltage battery pack from 0-90% in an hour.

New EVs from Mercedes-Benz in 2022

Mercedes-Benz SA plans a staggered launch of its range in 2022 because the semi-conductor shortage is still constricting the supply of vehicles to our market, but it does believe that there will be some improvement in availability as early as the second quarter of the year.

The East London-based manufacturer expects that production allocations will return to normal by the end of 2022.

The EQA 250 derivative will be available for the South African market with a power output of 140kW, a range of up to 412km and a combined electrical consumption of 17.7 kWh/100km. The naming convention of the brand’s EVs follows that of the ICE range so the A designates it as a compact car with this one being similar in size to the GLA.

The EQB’s role in the range is as a multi-purpose compact SUV that is capable of travelling both on- and off-road courtesy of its raised ride height and 4Matic drivetrain. MBSA will bring the EQB 350 4Matic to the market this year and the all-wheel-drive model will offer a peak power output of 215kW, a range of up to 419km and a combined electrical consumption of 17.4 kWh/100km.

As the brand’s most advanced- and halo model, the EQS has an entirely new architecture, design and powertrain. The first model of this luxury sedan to hit the market will be the EQ3 450+, which has a power output of 245kW and a consumption of around 17kWh/100km.

The EQE has all the tech and functions of the EQS, but in a slightly smaller sedan package (the same way an E-Class is slightly smaller than an S-Class). More details on this variant will be provided later.

Ashley has been riding or driving some sort of motorised vehicle since his 4th birthday when he got a Yamaha PW50. Equipped with years of racing experience, Ashley took up journalism and became a writer for some of South Africa's best motoring magazines and online publications. He is SA's first (and only) GT Academy winner having raced professionally overseas. He now serves as the content manager at Cars.co.za, putting his wealth of racing and driving experience to good use. 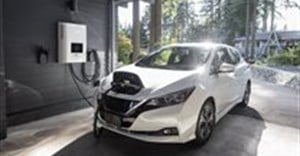 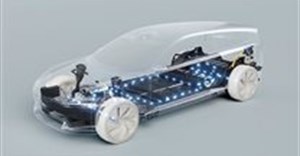 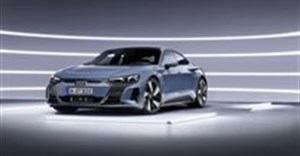 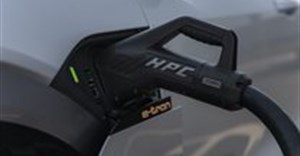 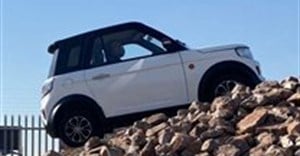 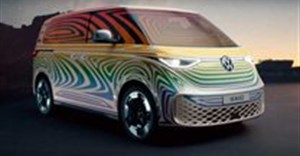