"Kia or BMW" is actually a real question now

21 May 2018 | Email | Print |  PDF
By: Lance Branquinho
With the ambitious Stinger GT, the Korean automotive industry has announced its ambition to infuse its products with dynamism - and not nominally either, but to a level that will rival the best in the business. Kia is making a clear statement; it's not just about sales... Kia’s product people will tell you it was a project decades in the making. The desire to execute a luxury car, with driving dynamics to rivals Germany’s best.

The ascent of Kia as an automotive brand is inarguable. Its sales success and residual values in the South African market are testaments to a brand that has positively altered perceptions. One hardly recalls the awfulness of those first Sportages, which arrived here in the late 1990s. But for all the popularity of Picanto and excellence of its SUVs, Kia realises that to be recognised as an established challenger, instead of being the perennial pretender, it must also market a car which is somewhat German.

After months of speculation, Kia recently confirmed that its Stinger GT will become available in limited numbers locally. This daring product strategy is also a moment of truth for South African car buyers, allowing them to judge if a South Korean vehicle can be the equal of one sourced from southern Germany. Stinger GT becomes both the most expensive and powerful Korean car to ever go on sale in South Africa: you pay R5 short of R860k for 272 kW and typically generous Kia equipment levels.

Kia Stinger to debut in SA in August

To industry observers, Kia’s South African approach with Stinger GT appears unwise. But Stinger GT is an apex point for the Korean industry, a necessary show of confidence. Stinger GT’s purpose is not so much to sell, but to show exactly what South Korean automotive engineering is truly capable of.

Scrutinise the specification and there isn’t a single number that is suspicious or substandard. As a collection of digits, the Stinger GT is very convincing. Kia’s 3.3-litre V6 is twin-turbocharged to banish lag and boosts 272 kW of peak power, supported by a surge of torque, 510 Nm rotating that crankshaft at only 1,300 rpm.

This Stinger GT is an awful lot of car for the money, sacrificing little performance for the convenience of 406 litres of liftback-enabled boot space. But there is a problem. It competes in a dying segment against some astonishingly mature rivals.

The sedan market is retracting rapidly everywhere but China, replaced by insatiable consumer demand for SUVs and crossovers. You’d think Kia would have invested in a Sportage GT if market behaviour was leading its high-performance vehicle planning.

Large luxury sedans and limousines will always remain, but there is a real fear that in less than a decade the once burgeoning D-segment luxury four-door car won’t exist anymore – at least in any configuration that we have become accustomed to, since the 1980s. It does appear a bit counterintuitive that Kia would deploy so many resources in creating a halo vehicle for a declining market.

Not only does Stinger GT launch into a troubled market, but it’s also a brutally competitive one, facing some of the best designs from Audi and BMW: A5 Sportback and 440i Gran Coupe.

Disposing of a chief engineer to build a car capable of rivalling German D-segment status symbols is a suicide brief. Lexus has tried, valiantly, and Jaguar flirts with moments of inspiration courtesy of XE, but luxury four-door performance cars are a realm of undisturbed German excellence. Why would Kia try and disrupt that?

For Kia, Stinger GT is not a vanity project, its purpose is much deeper than that. This is not mere grandstanding, it’s an attempt to affirm not only the credibility of Kia – but the South Korean car industry in broader terms. It’s akin to an automotive Samsung Galaxy moment. Remember when iPhone was the only Smartphone worth having? Seemingly incapable of being rivalled? Exactly. With Stinger GT, Kia is attempting to replicate Samsung’s Galaxy success on four wheels.

To compete with Germans, you need to be… German

The secret to Stinger GT’s convincing specification and performance potential is the fact that it is built in Korea, with input from Koreans, but the idea and final execution authority resided with a German: Albert Biermann. If you are a BMW enthusiast that name might sound roundly familiar as Biermann used to be the boss of all things engineering at BMW’s M Division.

Unlike their Asian rivals across the Sea of Japan, the Koreans aren’t indifferent to entrusting lead design and engineering positions to foreigners. Having established amazing efficiency in their industrial engineering and materials sourcing, Kia started evolving from a bland quality brand to one with a distinct style all of its own. That styling revolution, which has credibly differentiated Kia, is the responsibility of former Audi design chief, Peter Schreyer.

A similar logic applies to the Korean quest for that most elusive recognition that every aspiring car brand desires: to be graded as being capable of building a proper performance car. Lexus may never repeat its LFA, but the brand equity it gained from the supercar project was tremendous. For Kia, its Stinger GT is much of the same: a symbol that it can do uncompromised engineering excellence at least as well as the Germans can. The new Kia Stinger certainly hits the right notes with its styling. Will it be taken seriously in SA?

It’s why Kia did something humbling, by plainly poaching a few of the best German performance car engineers available. Biermann in his position at BMW M was exactly who Kia wanted and, given the opportunity to do something radically new after 32 years at BMW, was too much of an incentive to disrupt for him to ignore.

The German contribution to Stinger GT is not absolute. Any performance car is anchored by the quality of its engine and the 3.3-litre twin-turbocharged V6 is very much Kia’s own design and the work of its Korean powertrain team. Biermann’s task was to harmonise the eight-speed automatic transmission, 272 kW engine and the Stinger GT’s platform dimensions into an integrated engineering package which would be refined when required, but also clip apexes with the best BMWs too.

That would not be the easiest task as his former brand, BMW, has set a very high standard with its 440i Gran Coupe, as has Audi with its S5 Sportback. By virtue of Biermann’s 3 decades at BMW, he possesses an unrivalled technical literacy of the nuances between ride quality, sound insulation and a rewarding driver experience. As Biermann turns 60 this year, he hasn’t been pouring over data streams and 3D drawings at Kia, his role is to guide the gifted team of young Korean engineers to envision and execute what is achievable beyond their collective comfort zone.

With the Stinger GT, Biermann has delivered a convincing German D-Segment performance sedan. It’s only weakness is mass, at 1,855kg it’s notably heavier than a 440i Gran Coupe and A5 Sportback.

The Kia might best BMW’s in-line six with its V6, but the difference in mass does slow its sprinting ability, although it still manages to be 2/10ths of a second faster from 0-100 kph than the BMW, running the benchmark in 4.9 seconds. That’s correct, you can now buy a sub-5 second Korean car.

Measured in performance, appearance and technical proficiency this is the first time that a Kia has ever been merited as a rival to anything BMW. Pricing is an issue, the Stinger GT is a bargain alternative to 440i, BUT also the most expensive Korean car ever marketed in South Africa. Legacy BMW brand confidence could unbalance the appeal of that nearly R50 000 price advantage that the Kia enjoys over a 440i Gran Coupe, compared to wildly unknown residual values for the Stinger GT in future.

The Stinger GT is a tellingly symbolic car. It represents where the Korean automotive industry would like to see itself in 2018: a performance sedan capable of rivalling Germany’s best. In 1998, it would have been laughable that a Kia sedan could ever rival any BMW. Twenty years later, a former BMW engineer has made certain Kia can.

This article was originally published on Cars.co.za. 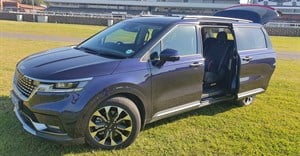 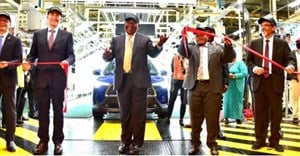 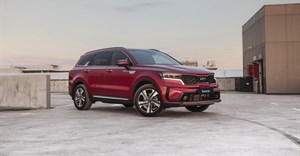 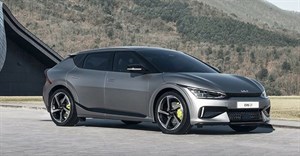 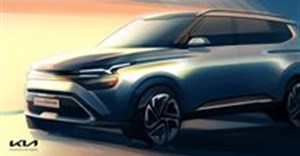 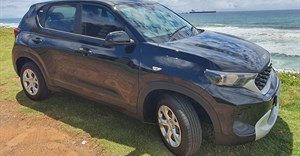