10 May 2013 | Email | Print |  PDF
Messe Frankfurt, the German-based international exhibition and trade fair organiser and owner of the Automechanika brand name, is very pleased with the growth being shown in the Johannesburg edition of this trade fair for the automotive aftermarket.

Speaking at the opening function for Automechanika Johannesburg at the Expo Centre on Wednesday, 8 May, member of the executive board of Messe Frankfurt, Detlef Braun, said that it was encouraging that in 2011 there was a 30% increase in the number of exhibitors from the inaugural 2009 show, while the number has grown a further 12% between 2011 and 2013.

"It is also the right time for Automechanika Johannesburg to stabilise its name as the major B2B platform for the automotive aftermarket on the African continent," said Braun. "Previously it was known as Automechanika South Africa, but we have now decided to use the name of the city where the show is held instead of the country, as we do have more than one show in some countries, such as Russia," explained Braun.

"We are looking for incremental growth for this Johannesburg trade fair to come from African countries and, this year, the organisers have conducted extensive advertising programmes north of the border of South Africa, using radio and television as well as direct mail.

"Car and motorcycle ownership in Africa has increased by 81% since 2006, and it has come with a host of opportunities for those businesses operating in the automotive aftermarket. We believe exhibiting at Automechanika Johannesburg is the right address for all those entrepreneurs and established businesses who want to benefit from the growth potential of a continent that is growing its economy quickly and attracting extensive investment and infrastructural development."

The member of the executive board of Messe Frankfurt added that the brand management of Automechanika was constantly looking at ways of keeping the brand fresh by adding areas of interest such as the latest addition of Truck Competence to highlight a growing area of interest for the automotive aftermarket.

"We will also continue to promote innovation and are pleased to see that the organisers of Automechanika Johannesburg have staged an Innovation Awards conference for the third time. The so-called environmentally-friendly green technologies and e-mobility are also areas of focus at this trade fair for the third time.

"The automotive industry is working increasingly hard to combine mobility with environmental protection economic transport solutions, with component suppliers playing an increasingly important role as around 70% of a vehicle is produced in their plants these days," added Braun.

A launching pad for SMEs

In closing, he stressed that Automechanika is the ideal platform for the key players in the global automotive aftermarket with 13 000 exhibitors presenting their products and solutions at these trade fairs globally each year, while half a million visitors believe in this brand which was founded in Germany in 1971.

"We will continue observing and analysing the world's markets in the future to give international manufacturers and buyers the chance to make contact with national companies and business partners. In particular we aim to offer small to medium-sized companies a launching pad into the emerging markets," concluded Braun.
NextOptions
›
Email Print PDF
Read more: Detlef Braun, Messe Frankfurt, Expo Centre, Automechanika Johannesburg 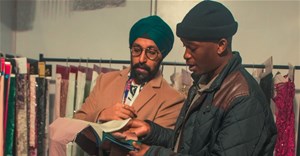 Can we really 'future proof' the events industry?4 Jun 2020