12 Feb 2021 | Email | Print |  PDF
By: Hannes Oosthuizen
In 2020, the South African motor retail industry registered its lowest aggregate new-vehicle sales total in almost 2 decades. Suffice to say last year was an annus horribilis, but the statistics nonetheless provide some fascinating insights into local buying patterns...
Where do South Africans spend their money when times are tough? Which segments are in decline? Which models are rising stars? Details sales statistics provided by Lightstone Auto provides the answers.

With 31,263 units sold in 2020, the Toyota Hilux remains the dominant player in the local market, with a gap of more than 10,000 units to the 2nd-placed Volkswagen Polo Vivo (19,750 units). The presence of no fewer than 8 compact cars in the Top 20 makes it clear that affordability is key to sustained sales volumes. Whereas in previous years one would see the likes of the BMW 3 Series and Mercedes-Benz C-Class in the Top 20, that's no longer the case.

The most expensive volume-selling vehicle is now South Africa's top-selling SUV, the Toyota Fortuner (9,635 units). It's also worth noting the presence of the Haval H2 compact family car in the Top 20. With 4,465 units sold, the Chinese model's not far off the numbers posted by the Hyundai Venue and Volkswagen T-Cross.


Battle of the compact cars

Volkswagen South Africa has the compact car market buttoned up, with the Polo Vivo coming out tops (19,750 units), followed by the Polo compact hatch on 16,335 units. Furthermore, the 9th best-selling compact car was the Polo Sedan (4,282 units). If there is a threat to its dominance this year, it's likely to come from Toyota's rising Star(let), which racked up 3,352 sales in the four months that it's been available on the new-vehicle market. With 361 units moved in the month-and-a-half that it's been in local showrooms, Toyota's smaller Agya budget car has not quite set off fireworks yet, but watch this space.

Two old favourites that have fallen off the chart are the Ford Fiesta (1,095) and Honda Jazz (458). And just compare the Baleno's total of 581 with that of the Toyota Starlet – it's a virtually identical product to the Suzuki, which has been on the market for several years now... That must be a bitter pill to swallow for Suzuki.

With five pick-ups in the Top 20 overall sales list, South Africa's love affair with the bakkie shows no signs of abating. While the big news is, of course, the Hilux's dominance, it is interesting to see the strong performance of the outgoing Isuzu D-Max – this surely bodes well for the upcoming all-new model, which is due to go into production in Port Elizabeth next year.

While Nissan will be happy with the continuing support for its affordable workhorses (NP200 and NP300), it will be hoping for a much better performance from the Navara this year. In 2020, Nissan's leisure double cab could only achieve 557 sales, which was even bested by the now-discontinued Mercedes-Benz X-Class (803 units). Finally, with only 303 sales, the Mitsubishi Triton must be the most underrated bakkie (or best-kept secret) on the market.


SUVs and Crossovers continue to rise

While there were two clear winners in this combined segment last year (Toyota Fortuner and Ford EcoSport), the competition in the compact crossover space is heating up as more models arrive on the market. The recently-revised Fortuner, on the other hand, is likely to continue its dominance in the full-sized SUV segment this year. A stand-out performer continues to be the Haval H2 (ranked fifth overall in this segment with 4,465 sales), while Kia will be happy with the continued market acceptance of its Seltos (3,164 units). Volkswagen's Tiguan remains the leading family car with 4,280 units moved in 2020.

Interestingly, the only premium brand to make the Top 20 ranking is BMW (with its X3 – 1 624 units), but it's worth keeping an eye on the Land Rover Defender, of which 744 units were sold in its 7 months on sale. By comparison, the Discovery achieved only 266 sales. A vehicle that has been undeservedly shunned by the market is the excellent Opel Grandland X, which managed to achieve only 156 sales.

Not so long ago, C-segment sedans and hatchbacks accounted for a big slice of the South African market, but save for a few stalwarts (Corolla and Golf, mainly), the bottom has fallen out of this segment. A big seller to fleets and the rental market, the Toyota Corolla Quest dominates the segment with 7,365 units sold, a long way ahead of the outgoing Volkswagen Golf (2 192 units).

The only other mainstream model to still feature in this segment is the Mazda3, but with only 968 sales in total. Opel (Astra, 118 units) and Renault (Megane, 139 units) are former big sellers that have fallen by the wayside.

Due to a combination of factors (mostly pricing and the greater appeal of premium family cars and executive SUVs), the traditional luxury sedan is against the ropes. The top-seller in 2020 was the ageing Mercedes-Benz C-Class, which recorded only 2,247 units in total (excluding AMG variants). BMW can't be happy with the performance of the still-new G20-generation 3 Series (second place, 2 072 units), and Audi must be considering giving up on the A4 (only 159 units were retailed, although the Ingolstadt-based brand recently introduced a facelifted version of its sports executive sedan).

Move up a size and things get worse... the BMW 5 Series recorded only 168 sales, edging out the Mercedes-Benz E-Class (129). By comparison, 32 units of the Bentley Continental seems pretty impressive!

The Blue Oval continues to lead the way with the Mustang (400 units), followed by the AMG versions of the Mercedes-Benz A-Class (277) and the Porsche 911 (243). Toyota's Supra achieved a total of 118 sales, while a startling 32 units of the Ferrari 488 Pista were sold. In fact, with 28 examples of the Lamborghini Urus also finding homes in SA, it was a good year overall for the exotic brands in South Africa.

And on the "green" front?

While product diversity and affordability remain stumbling blocks for the greater acceptance of "green" vehicles in South Africa, things don't look too promising. The best-selling EV in South Africa continues to be the BMW i3 (40 units in total), while the marque's now-discontinued i8 achieved 20 sales. Jaguar's i-Pace clocked up 15 sales. Oh, and remember the Toyota Prius? Only 5 units of the pioneering hybrid car were sold last year.

With the ultimate goal of spending his life writing about cars, Hannes studied journalism at the University of Stellenbosch. A brief stint as a sports editor for Paarl Post followed before he joined CAR magazine in 2001.
He left CAR in 2013 to experience the "other" side of the industry, working with upcoming brand GWM as Brand and Product Development Manager. Now, as Cars.co.za's Customer Experience Manager, Hannes is tasked with ensuring visitors to this platform are exposed to the most useful and relevant advice and information possible. 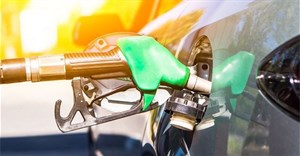 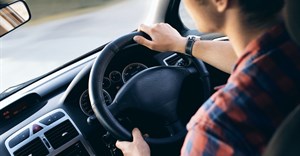 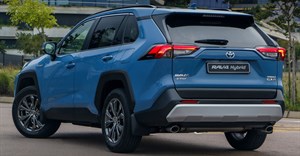 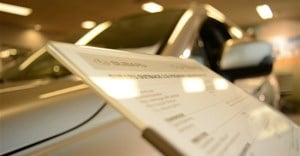 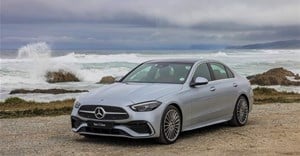 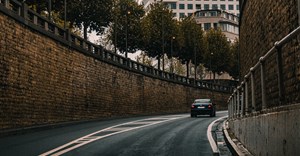