Image Source: KAP Industrial Holdings
The group said the investments had enhanced the quality of its earnings through business sustainability, solid margins, and strong cash conversion in the year to June. "We are very pleased with the results," CEO Gary Chaplin said.

Chaplin said despite tough operating conditions, the company had benefited from heightened efficiencies across the board and investments in technology. It had also grown market share and invested in new markets in past years. These included acquisitions in aftermarket automotive accessories; upgrades to its Piet Retief particleboard plant in Mpumalanga; and the installation of a new medium density fibreboard line at a plant in Boksburg.

Fruits of the restructuring process

"I think this is another strong result following on from the good performance in financial 2015," Eyal Shevel, head of corporates at Global Credit Ratings, said on Monday. "The result really reflects the fruits of the restructuring process undertaken three or four years ago, where the noncore operations were sold off and the focus shifted towards businesses where KAP could develop a strong competitive advantage through technology and scale. So, even though the group has not been immune to the challenging operating environment - as reflected in the relatively low revenue growth - improved efficiencies across all divisions have seen profitability increase substantially."

KAP consisted of companies acquired since 2004, and the industrial assets of Steinhoff Africa, which were acquired in 2012 in a reverse acquisition. This had given Steinhoff a majority stake in KAP and had raised it from being a small-cap to a mid-cap on the JSE.

Revenue for the diversified logistics segment, which provided half of group revenue, increased marginally to nearly R8bn for the period, despite the lower average fuel price. The lower fuel price had benefited customers but reduced group revenue. However, operating profit for the segment increased 14% to R1bn from R880m previously.

Meanwhile, the group consolidated and rationalised its Unitrans supply chain solutions operations into a single contractual logistics division. This had facilitated growth within certain industry sectors by optimising the utilisation of assets and infrastructure such as trucks and had resulted in enhanced general operating efficiencies.

This had also enabled the reallocation of capital towards higher return group activities, that along with an overall reduction in overhead costs had improved operating margins.

Unitrans produced growth in the food, petrochemical and infrastructure sectors. Subdued activity in the mining and agriculture sectors was well managed, KAP said, with a strong focus on cost containment and fleet utilisation.

Mark Hodgson, an analyst at Avior Capital Markets, said the good result was driven by resilient, well-managed businesses, the return on Capex from manufacturing projects, as well as the recycling of capital from noncore disposals. He said the proposed R4bn acquisition of plastics materials maker Safripol announced last week would be reflected only in the second half of the 2017 financial year. 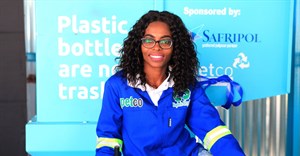 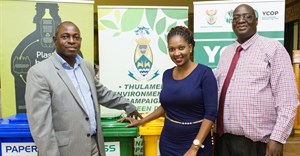 Building sector hopes confidence is no house of cards23 Mar 2018 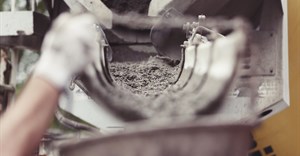