The patient who cried wolf: Assuming the sick role

By: Chamendran Naidoo
Today we shall delve into a story of cunning deception and deceit... well, almost.

At some point, we've all heard the fable "The Boy Who Cried Wolf" , in which a young shepherd repeatedly tricks nearby villagers into believing that a wolf is attacking his flock. When the wolf does attack however, none of the villagers heed the boy's cries, to the detriment of his flock.

The moral behind this story relates to those who are known to alarm others with imagined dangers, and the fact that they are less likely to be believed in the face of actual danger, possibly with dire consequences.

Enter [stage left] the concept of the sick role.

The sick role is a concept devised by American sociologist Talcott Parsons in 1951 and describes the protective role given to an individual who is physically or mentally ill, or injured. Society grants the sick exception from normal social roles in view of the fact that they can't be held responsible for their plight.

How does this relate to the shenanigans of an animal husbander?

The natural and most common progression is as follows:
The patient assumes the sick role when ill, seeks to get well and discards the sick role once better. This would correspond to our young hero spotting the wolf and taking the necessary measures to ward off an attack on his flock, with or without the assistance of the villagers.

Two possible alternatives to this scenario exist however, both of which being pathological.

Firstly, a patient may refuse the sick role altogether, denying the fact that they are ill. This equates to our courageous shepherd refusing to call for help even in the event of his flock being attacked by a pack of wolves, and a bear.

In practice, it can be seen as a demotivated patient who rarely seeks medical help and is non-compliant with medication, refusing to accept the importance thereof. This could translate to loss of productivity at work and more seriously, could lead to worsening and spread of the harbored disease.

The believer vs the make-believer

The second pathological progression is found when the patient assumes the sick role while ill, but refuses to discard it when cured. In terms of our rascal sheep herder, this gives rise to the more classic scenario of the young man crying wolf.

Two main reasons have been documented to explain the fabrication of symptoms in the absence of disease according to how the individual stands to benefit:

It is not uncommon for patients with this condition to commit acts of self-mutilation or mutilation of dependents (Münchausen syndrome by proxy), in an attempt to produce clinical signs.

Unfortunately, this often leads to stigmatization of the individual as one who is known to feign illness, which can be deadly in the actuality of life-threatening disease. To the medical professional, these patients become a tremendous strain on time and resources, as they are often subject to a plethora of specialist referrals and investigations in search of a non-existent disease.

It should also be noted that the conditions mentioned above are distinctly different from other somatoform disorders (such as conversion disorder and hypochondriasis) in that no physical symptoms are experienced in the former. In the latter, patients do experience perceived physical symptoms, albeit in the absence of actual organic pathology.

In fable terms, somatoform disorders would be akin to our humble herder truly believing there is a pack of hungry wolves hiding behind each bush, sometimes to the extent where he is convinced he hears their howling in the wind.

In order to find a solution to these problems and ensure the normal progression of the sick role, the medical practitioner must explore thoroughly both the disease and the illness experience with the patient, in an attempt to understand the person as a whole. This includes the cultural and socio-economic background, both of which have a bearing on how the patient progresses with the sick role.

By finding a realistic common ground with the patient and their family in terms of understanding the disease process and the impact it will have on their context, one instates an early warning system, which will keep wolves, bears and even false alarms at bay.

Chamendran Naidoo works as a General Practitioner in the SA Navy. His interests include fine surgery as well as approaching the patient as a whole in a Bio-Psycho-Social manner. He is passionate about the immersion of medicine into everyday life which he actively manages via social media fronts. Chamendran is also a co-presenter on SABC3's Dr Mol Show. Email Chamendran on moc.liamtoh@nardnemahc and follow him on Twitter at @Chamendran. 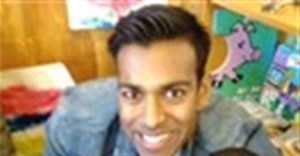