ADDIS ABABA, ETHIOPIA: Regulatory and scientific experts from around the world gathered in Addis Ababa for the 4th Open Forum Conference to address key issues in developing new drugs for tuberculosis, a disease that kills nearly 2 million people each year, and is becoming increasingly resistant to current drugs. In the past, it could take nearly a quarter of a century to develop a new TB drug regimen, given the obstacles TB researchers faced. However, the two-day Open Forum event highlights an innovative drug development model that will reduce the time it takes to develop TB drug regimens by 75%.

"New technology and innovation are necessary to defeat tuberculosis," said Tedros Adhanom Ghebreyesus, the Minister of Health of the Federal Democratic Republic of Ethiopia. "This event is important because Africa's regulators, systems, and above all else, people, must be prepared to fully maximise the promising innovations coming through the pipeline."

No new classes of TB drugs for decades

There have been no new classes of TB drugs for nearly 50 years and the current therapies for TB and multi-drug resistant (MDR-) TB are long and complicated, and incompatible with commonly used HIV medications. Until a decade ago, drug development for TB treatments had stalled; there were absolutely no new treatments in the pipeline. Today, due to the investment in TB research by global funders, there are 10 compounds in clinical trials. The Open Forum series brings the necessary regulatory, scientific, and other stakeholders together to share knowledge and build the infrastructure that is needed to approve and adopt new and improved TB treatments.

"Today there is unprecedented hope for better treatments for tuberculosis," says Mel Spigelman, MD, CEO of the TB Alliance, a not-for-profit organisation searching for better TB cures. "Now that there are promising compounds in the global pipeline, it's important to speed them through clinical development so they can reach the millions in need."

The current TB treatment for drug sensitive active disease comprises four drugs and must be taken daily for at least six months. Treatment for multidrug-resistant TB is even longer and more difficult to administer, two years or more, and uses much more expensive and toxic drugs.

Since the 1950s, researchers have known that TB treatment must be delivered in multi-drug regimens to prevent the development of drug resistance. However, under the traditional paradigm, TB drugs were developed and registered separately and substituted or added, one at a time, into existing combination therapies. For each substitution, the drug had to be tested in clinical trials, which takes approximately six years. That means, all told, a novel four-drug regimen would have required a minimum of a quarter century of development.

"We need a game changer in new TB drugs development like never before," says Francis Apina, an advocate from the organisation Network of Men Living with HIV/AIDS in Kenya. "TB is one of the leading causes of death worldwide and the leading cause of death for people with HIV/AIDS in Africa. For people living with HIV and their families, the search for new TB drugs - particularly those that can be taken with antiretroviral drugs - is a race against time."

"This collaboration harnesses innovation to speed the availability of a shorter and more effective treatment for TB," says Margareth Ndomondo-Sigonda, Pharmaceutical Coordinator of the New Partnership for Africa's Development. "It's important for global regulators to harmonise regulatory guidances and provide efficient regulatory processes for new TB regimens to speed adoption and make an impact."

The innovative model is part of a wider initiative called the Critical Path to TB Drug Regimens (CPTR), which is lead by the Bill & Melinda Gates Foundation, the TB Alliance, and the Critical Path Institute, and aims to reduce the broad obstacles facing TB drug development.

"As these regimens advance, we must ensure the appropriate approval and regulatory processes are in place so that nations in Africa and around the world can properly evaluate and adopt the new TB drug combinations that offer significant benefit to patients," says Jeremiah Chakaya, MD, Chair of the Working Group on DOTS Expansion. "A successful drug combination regimen to fight TB could save millions of lives."

Despite investments in TB drug development to date, more funding is needed to support continued development of new and better regimens.

About the Open Forum series

The 4th Open Forum Conference is sponsored by the TB Alliance, the Bill & Melinda Gates Foundation, the European & Developing Countries Clinical Trials Partnership, the Ministry of Health of the Federal Democratic Republic of Ethiopia, the Stop TB Working Group on New TB Drugs, and Treatment Action Group. Open Forum 4 has a special focus on Africa to help regulators and others prepare for the new development model of combination drug trials, as they must harmonise regulatory guidances and provide efficient regulatory processes for new TB regimens to speed adoption and make an impact. 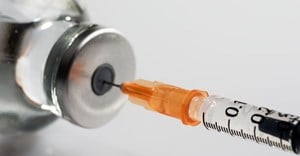 The DRC is on the road to being Ebola free: how it got here5 Mar 2020
More related