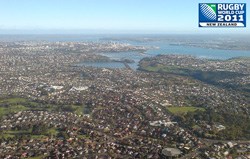 The Rugby World Cup 2011 Final weekend will generate US$62.8 million (NZ$78.1 million) for the regional economy as fans from France and across New Zealand descend on Auckland for the Final on Sunday, according to new research commissioned by MasterCard Worldwide.

MasterCard's research, the Economic Impact on Global Rugby Part V: Rugby World Cup 2011 Final, finds that the total regional GDP impact from hosting the 2011 Final could be as much as US$54.2 million (NZ$67.6 million) to the New Zealand economy.

The research follows the fourth instalment of a series commissioned by MasterCard Worldwide and undertaken by the Centre for the International Business of Sport (CIBS) at Coventry University, following economic impact reports on the 2010 Six Nations and Tri Nations, Rugby's Emerging Markets and the Economic Impact of Rugby World Cup 2011.

The latest research examines the value of the RWC 2011 Final by looking at the short-term commerce flow through international fans spending in bars, clubs, shops, hotels and bookmakers along with sponsors and organisations spending on marketing in and around Auckland, where the Final will be staged on Sunday night.

"The climax of Rugby World Cup 2011 will be a revenue spinner for a number of reasons: scheduling the Bronze Final playoff on Friday night, with the Final on Sunday evening is likely to bring in a surge of fans from outside Auckland who are in town for a once-in-a-lifetime long weekend and to watch their team's tilt for global domination," said CIBS director Simon Chadwick.

It is estimated that the windfall for the winning nation will amount to between US$35 to US$50 million (NZ$43.7 to NZ$62.5 million). In addition to the tangible impact of winning Rugby World Cup 2011, the report says that the winning nation can expect further commercial perks such as increased player value; bonus payments attached to sponsorship and other commercial relationships; and increased attendances at future games.

The MasterCard research also examines the economic impact of the next two instalments of Rugby World Cup--in England in 2015 and Japan in 2019. The research finds the direct economic impact of RWC 2015 on the English economy estimated to be as much as US$1.4 billion (NZ$1.9 billion).

Stuart Cameron, vice president, Regional Marketing, Asia/Pacific, Middle East and Africa, MasterCard Worldwide, said: "This has been the Tournament that keeps on giving: not only has it had a huge impact on the local economy through overseas spending, but its impact on the Game itself has been significant too. In Romania, Russia and Georgia we have seen where the future growth of this sport lies - and in the Final this weekend we will see which of France or New Zealand are its undisputed champions in 2011."

The Rugby World Cup 2011 Final will be the most watched television event in New Zealand history. The All Blacks' semi-final against Australia attracted 1.9 million viewers, equating to almost half of New Zealand's population watching the game on television (48.7% of all people 5+ nationwide), representing 89% of the audience share.

The television viewing figures for the Tournament so far have been strong; with the Wales v France semi-final kick off at 10am recording 9.5 million viewers in France, representing a 73% share of the audience (85% of the male viewers and 65% of female viewers under 50 years old). This had increased to 11.3 million by the end of the match, representing the 9th highest Rugby audience in France since 1989 - a significant achievement given the time difference. 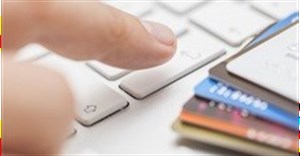