Rio Tinto's Madagascar mine restarts after reaching deal with protesters

25 May 2022 | Email | Print |  PDF
By: Helen Reid
Rio Tinto's QIT Madagascar Minerals (QMM) mineral sands mine restarted production earlier this week following a five-day halt, after reaching an agreement with demonstrators who had set up roadblocks at the site, Rio told Reuters on Tuesday, 24 May.
Communities surrounding QMM's mine in southeastern Madagascar have been protesting over a release of water from the mine site into the surrounding environment, after which dead fish were found. Rio says water sampling data shows no link between the water release and the dead fish. But local government authorities banned fishing in the area after the dead fish were found, impacting livelihoods.

QMM decided to curtail operations on 18 May due to the community unrest, Rio said. "Following an agreement signed on 22 May between QMM, the authorities and demonstrators, all roadblocks were dismantled enabling QMM to resume operations yesterday (23 May)," Rio said.

At the signing, QMM gave the communities zebus and rice "as a symbol of reconciliation", and agreed to continue providing food supplies to the affected fishing community for a further two months.

QMM started giving food supplies in mid-March to that community of between 5,000 and 7,000 people, Rio said, despite the data showing no direct link between QMM activities and the dead fish.

Rio came under fire earlier this month at both its London and Melbourne annual general meetings over the water release.

"QMM is in danger of losing its social license to operate," investor advisory firm Australasian Centre for Corporate Responsibility said earlier this month.

Former chairperson Simon Thompson told the London AGM the company would build a water treatment plant and develop clean water projects for surrounding communities. He said he accepted Rio has work to do to "enhance" its license to operate in Madagascar.

Rio on Tuesday said it expected the new process water treatment unit to be in place by the middle of this year.

QMM produces ilmenite, which is shipped to a Rio Tinto plant in Quebec to be processed into titanium dioxide. 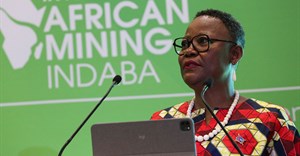 Global scramble for metals thrusts Africa into mining spotlight9 May 2022 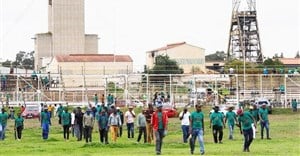 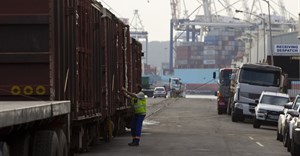