12 Nov 2014 | Email | Print |  PDF
LUXEMBOURG: Luxembourg and its former premier Jean-Claude Juncker - who is now the new head of the European commission - have come under fire after leaked documents showed the tiny nation gave hundreds of global firms huge tax avoidance deals.
Household names such as Pepsi, IKEA and Deutsche Bank were among companies named by the US-based International Consortium of Investigative Journalists (ICIJ) following a six-month investigation of 28,000 leaked documents.

The tax revelations risked weakening Juncker's position just days after he took office as head of the EU's executive arm after 19 years as Luxembourg prime minister, the period during which many of the deals were made.

Juncker's spokesperson said the veteran politician was "serene" about the revelations, though he pulled out of a public speaking engagement with former commission chief Jacques Delors scheduled later Thursday.

Under an hour-long barrage of questions from reporters, the spokesperson stressed that EU regulators were already investigating whether Luxembourg's deals with US Internet giant Amazon and the financial arm of Italian carmaker Fiat amounted to illegal state aid.

Spokesperson Margaritis Schinas said that if the EU found it was in breach of the rules, "Luxembourg will have to take corrective actions."

He added that the EU could widen the probe to companies mentioned in the ICIJ investigation.

The so-called "Luxleaks" documents showed that billions of dollars were funnelled through the tiny European duchy of Luxembourg thanks to complex financial structures that allowed companies to slash their tax liabilities, depriving hard-up governments around the world of revenue.

Juncker presided over the tax affairs of Luxembourg for over two decades, transforming the country from a sleepy European backwater to a prized destination where hundreds of the world's biggest companies channel their affairs.

The leaks threaten to undermine his vow to be a more politically involved head of the European Commission, the EU's financial enforcer, especially as he is already embroiled in bitter rows with Britain and Italy over their budgets.

On Wednesday, asked about the tax policies he once led, Juncker said he "had his ideas" about the matter but would keep them to himself do nothing to affect the EU's investigation.

"These revelations are a major blow to the credibility of new commission president Juncker and his capacity to act for the public interest," said Sven Giegold of the Greens group in the European Parliament.

"I want to underline that these (tax) rulings conform to international laws," Bettel said.

In its investigation, the ICIJ said global accounting giant PricewaterhouseCoopers had helped multinationals in question secure at least 548 tax rulings in Luxembourg between 2002 and 2010.

The documents uncovered details of so-called Advance Tax Agreements - pre-negotiated deals that set out how companies will be taxed, the same practice that the EU is investigating in the Amazon and Fiat cases.

"It's like taking your tax plan to the government and getting it blessed ahead of time," the ICIJ quoted Connecticut School of Law tax expert Richard Pomp as saying.

The EU has no power over member states' tax affairs as such, but it can probe whether they amount to illegal state aid, which breaches the 28-nation bloc's single market rules. Similar cases have been opened against Ireland for tax deals with tech giant Apple and the Netherlands with coffee chain Starbucks.

The ICIJ said its investigation had involved a team of more than 80 journalists from 26 countries working for outlets including The Guardian, Le Monde and Germany's Suddeutsche Zeitung. The Guardian acknowledged in its report of the investigation that the Luxembourg arrangements were "perfectly legal" but noted that they were enabling tax avoidance on "an industrial scale".

Other companies that benefited from the schemes included Burberry, Procter & Gamble, Heinz, JP Morgan and FedEx. The ICIJ said some companies had been able to achieve effective tax rates of less than 1% on profits channelled through Luxembourg. 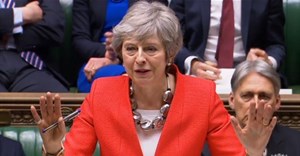 Theresa May loses another Brexit vote - is it time she just gave up?13 Mar 2019 Support for African youth development from EU25 May 2018 Era of mega leaks: A lesson from Panama Papers29 Mar 2018 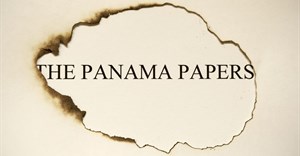 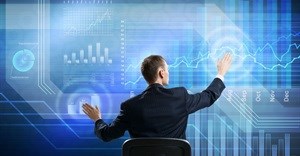