Shell, BP and ExxonMobil have done business in Russia for decades - here's why they're leaving now

4 Mar 2022 | Email | Print |  PDF
By: Yan Anthea Zhang
In response to Russia's invasion of Ukraine, British energy giant BP announced on 27 February 2022 that it will sell its nearly 20% ownership in Russian state-owned energy giant Rosneft. BP's rival Shell is also pulling out of all of its operations in Russia, as are US energy giant ExxonMobil and Norway's state-controlled company, Equinor. These breakups will not be cheap. BP’s stake in Rosneft is worth $14bn. In various projects, Shell has about $3bn in assets in Russia. ExxonMobil has over 1,000 employees and more than $4bn in assets there. Pulling out will inflict significant financial hits on all of these companies.

Western energy companies have invested and operated in Russia for a long time – over 30 years for BP and more than 25 years for ExxonMobil. They are accustomed to managing international political risks.

In my view, Russia’s invasion of Ukraine has completely changed Western energy companies’ cost-benefit analysis of doing business in Russia. I have researched multinational companies’ foreign direct investments in emerging markets for over two decades and have closely followed Western energy companies’ investments in Russia. I expect that other Western oil majors, such as French company TotalEnergies, are also likely to pull out of Russia, and that it may take many years for these companies to reengage there.

Foreign investment in Russia has never been easy. For example, in 2003, BP and a consortium of Russian oligarchs formed the joint venture TNK-BP, which became one of the largest oil producers in Russia. However, disputes ensued over the venture’s leadership, operations and international expansion.

The situation became so fraught that Bob Dudley, then the head of TNK-BP and later BP’s chief executive officer, was forced to flee from Russia in 2008. To resolve the disputes, BP sold its 50% equity in TNK-BP to Rosneft in 2013 for $12.5bn in cash and a nearly 20% share in Rosneft.

Shell got involved in the early 1990s in the Sakhalin-2 project to develop natural gas reserves in Russia’s Far East, and built Russia’s first liquefied natural gas facility there. As the project neared completion in 2006, at a cost of more than $20bn, Shell and its Japanese partners were forced to sell a 50% share to Russia’s state-owned natural gas giant, Gazprom, for $7.45bn because Putin’s government was unhappy with the easy terms previously offered by the Yeltsin administration.

During crises like these, Western energy companies weighed the potential gains and costs of operating in Russia and concluded that staying in was worth it. It’s easy to see why: Russia holds 24% of the world’s total natural gas reserves. It has comprehensive pipeline networks to the west to move natural gas to European countries, and large reserves to its east that are close to some of the world’s hungriest energy markets, including Japan, South Korea and China.

For years, Western energy companies viewed compromise with the Russian government as part of the cost of doing business there. As long as expected gains exceeded costs, they stayed.

Russia’s invasion of Ukraine has changed those calculations. Now, executives at oil majors need to assess possible broader damage to their corporate reputations and to relationships with their home country governments, shareholders and other interest groups if they stay in Russia. Unlike controversies within the energy industry, invading an independent sovereign nation is much too high profile of a development for companies to ignore.

Academic research shows that there is a positive correlation between companies’ socially responsible behaviors and financial performance. Simply put, companies that do good tend to do well financially. The invasion of Ukraine represents a critical shift in Russia’s business environment. As BP chief executive Bernard Looney stated on 26 February, the situation unfolding in Ukraine “has caused us to fundamentally rethink BP’s position with Rosneft”.

In particular, Western energy companies that partner with the Russian government now may be perceived as weakening their own governments’ sanctions and helping to finance Russia’s war in Ukraine. Russia owns 40% of BP’s Russian partner, Rosneft; the company’s CEO and board chair, Igor Sechin, is Russia’s former deputy prime minister and a close Putin ally. Shell’s primary partner in Russia is Gazprom, the state-run natural gas giant.

To maintain their corporate reputations and relationships with key interest groups, BP, Shell, Equinor and ExxonMobil clearly have decided that it is important to cut their ties in Russia completely, immediately and publicly. BP’s current and former chief executive officers resigned from Rosneft’s board of directors on 27 February, three days after the invasion began, “with immediate effect”.

Italy’s Eni will end a decades-long pipeline joint venture with Gazprom, as the company joins other oil majors in moving to isolate Russia over its invasion of Ukraine https://t.co/LFQRrHPbzy

While the Western world is imposing severe and united sanctions on Russia in sectors ranging from finance to aviation, Western governments have avoided sanctioning energy exports from Russia, seeking to protect their citizens from price spikes. Nonetheless, if Western energy companies remain in Russia and continue partnering with Russian state-owned companies, they could be perceived as undermining the Western response. Indeed, BP’s exit decision reportedly came under pressure from the British government.

None of these companies have many viable potential buyers for their Russian holdings. Russian firms, facing sanctions, don’t have the resources to acquire foreign investors’ assets, and other Western energy companies are unlikely to pursue them. The only potential investors are private equity firms that face less scrutiny than publicly traded companies, or companies from countries that don’t join Western sanctions on Russia.

Corporate leaders are used to making high-level strategic decisions that require weighing costs and benefits. What has changed the calculus for Western energy companies is the broad potential damage to their companies’ reputations and relationships with various interest groups if they stay in Russia. Clearly, executives cannot limit benefit-cost calculations to specific investments. Their overall corporate reputations can be worth billions of dollars. 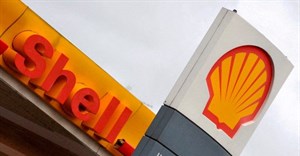 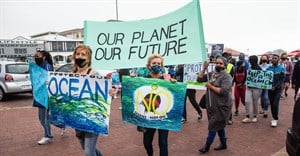 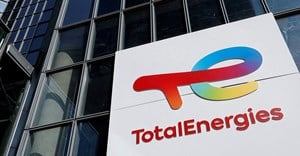 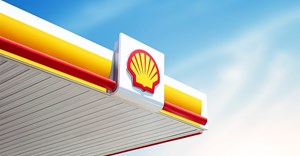