14 Sep 2010 | Email | Print |  PDF
The experience of the Soccer World Cup has left retailers in central Cape Town overwhelmingly supportive of future large-scale events, in spite of being almost equally divided on whether the soccer World Cup meant an increase in revenue, or if the event made no difference to their bottom line. 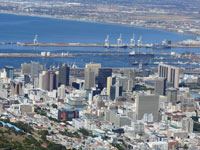 According to a Retail Opinion Survey commissioned by the Central City Improvement District (CCID), 42% of the 186 retailers interviewed said their revenues had increased by between 8 and 300%, while 55% said they had not gained financially from the World Cup.

The survey was carried out by Geocentric Information Systems and was a follow up to similar surveys carried out in June 2009 and January 2010. It was based on an analysis of the current retail footprint in the central city. A sample of approximately 25% of retailers in each of 20 pre-defined categories was personally interviewed.

The results showed that, in spite of the recession, those retailers who chose to make specific plans for the event were more likely to experience an increase in revenue. Sports retailers in particular planned special activities or displays, and many businesses increased the number of televisions in their shops, or prepared special decorations. Of the retailers who went the extra mile, 73% indicated that the effort was worth it.

"We are really pleased by the results of the survey," said Tasso Evangelinos, chief operations officer of the CCID. "The positive response of so many of the businesses is a definite tribute to all the hard work that was put in to ensure that Cape Town was the best host city for the World Cup.

"More importantly, it showed that the event had far reaching benefits for our central city community. We have proven to ourselves and to the rest of the world that central Cape Town provides an excellent retail environment, and we will build on this experience into the future."

The primary aim of the survey was to establish the retailers' opinions on how the World Cup impacted on their businesses, whether they will support similar events in the future and to establish whether their impressions of the central city have changed as a result of their experiences during the event.

It also measured the economic impact of the Soccer World Cup on the retailer's income compared to a normal (generally quieter) winter retail season.

The survey found that most of the retailers who experienced significant increases in revenue were in the food and beverage categories, and many qualified their responses by saying that the increase occurred only on match days.

Of those who did not experience an increase in revenue, many reported that their regular clientele were office workers, many of whom took leave to coincide with the long school holiday. Many also noticed a clear change in their customer base, with fewer office workers and many more tourists visiting their shops.

Organisation around the event generally applauded

Interestingly, the retailers had an overwhelmingly positive response to the event, and this was not related to their turnover. More than 90% rated the organisation, especially in the central city, as good or excellent. Only one retailer said it was "poor" and 15% thought the organisation was average.

"We regard it as a tribute to the good work carried out by the City, the CCID and our partners that so many retailers mentioned cleansing and security as major factors that contributed to the positive image of the city," said Evangelinos.

When the retailers were asked if they would support future mega events in the city, only 5% responded in the negative. This is a clear indication that even those who experienced a decline in revenue during the World Cup recognised the potential value of large scale events for the city.

This was further emphasised by the retailers who indicated that they would do some things differently for future events. These additional actions included increasing advertising, increasing or changing stock, upgrading the space and increasing staff numbers. It is worth noting that not all additional actions were positive: at least one retailer said he would close the shop and go away for the duration of the event, while another said he would not have made additional investments in the business. 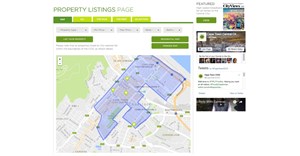 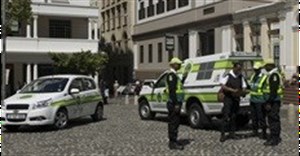 Cape Town prepares for festive season28 Nov 2013
More related
Republication of selected Bizcommunity content for non-commercial purposes is allowed if the original article is linked to with "Source: www.bizcommunity.com". Please click here for more information and to request permission.
Let's do Biz