First Glass Lion gets its jury

30 Apr 2015 | Email | Print |  PDF
NICE, FRANCE: The jury to judge the first 'Glass Lion: The Lion for Change' award have been announced. The award, launched with the support of Leanin.Org, recognises work that breaks through unconscious gender bias and shatters stereotypical portrayals of men and women.
An accomplished, diverse group who will bring a broad cross-section of cultural perspectives, insights and experience to the table will judge it. They are:

Commenting on the jury appointments, CEO of Lions Festivals, Philip Thomas, said that they would be instrumental in helping to shape the future of the award and in turn the industry. "We believe that marketing actively shapes culture, and the Glass Lion is part of our commitment to having a positive impact on this. The introduction of a new Lion is an opportunity to define both the category and what we hope the communications landscape might look like."
Gallop, the jury president, also stressed the importance of the award in actively shaping industry change. "I want every single creative in every country around the world to desperately want to win the Glass Lion - because the work that wins this award represents The New Creativity: the gold standard for creative and sociocultural change in our industry."

2015 See It Be It programme accepting nominations

The introduction of the Glass Lion: The Lion for Change follows on from the 2014 launch of the 'See It Be It' initiative, created to address the industry's gender imbalance by accelerating creative women's careers in advertising.

The three-day programme for 12 creative women is returning to Cannes Lions this year and nominations are now open. Successful candidates will receive airfares to Nice, a Classic Pass to the Festival and accommodation for the duration of the programme. For more information, go to www.canneslions.com/cannes_lions/seeit.

About the Glass Lion

Entries for the category are open to marketing that promotes more inclusive, gender-aware forms of brand communication, rooted in creative excellence. It is expected that winners will have achieved this via a range of approaches, including clear, progressive messages and less obviously active tactics within sectors, which have traditionally been very gender-specific, including beauty and automotive.

Points won will count towards Network, Agency and Holding Company of the Year awards, and proceeds from entries will be put back into a programme that helps the mission of creating a more gender-neutral media landscape. In addition to the support of Leanin.org, Facebook, IBM Interactive Experience and the Ipsos Girls' Lounge also sponsor The Glass Lion: The Lion for Change.
NextOptions
›
Email Print PDF 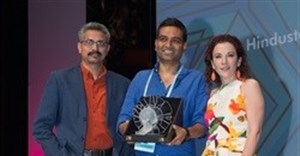 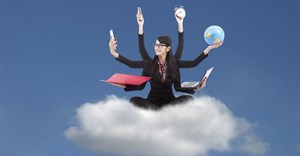