14 Jul 2015 | Email | Print |  PDF
SAN FRANCISCO, USA: Microsoft on Monday announced plans for a celebratory debut this month of Windows 10 operating software designed to spread the US software titan's offerings across a broad range of devices.
Word that Windows 10 would be welcomed in grand style came less than a week after Microsoft said it will cut 7,800 jobs and write down the value of its struggling mobile phone division acquired last year from Nokia by some $7.6bn.

The announcement represented the second major round of layoffs in a year for the US tech giant, which cut some 18,000 jobs a year ago as part of its effort to integrate the Finnish-based phone group.

Microsoft said in a statement that it would "restructure the company's phone hardware business to better focus and align resources." Microsoft will make the latest version of its Windows operating system will available July 29 for computer and tablet users.

Special events are planned in 13 cities around the world in tribute to those who took part in a Windows software test period, Microsoft executive Yusuf Mehdi said in a blog post.

"We will celebrate the unprecedented role our biggest fans - more than five million Windows Insiders," Mehdi said. "These celebrations will offer hands-on opportunities, experiential demos, entertainment and opportunities to meet the Windows team."

The new Windows 10 software will come as a free upgrade to people who already use Windows 7 or Windows 8.1 and will be available in 190 countries.

Windows 10 will come pre-installed on Microsoft-compatible computers and tablets from July 29 and will be available for purchase later in the year.

The move marks a major launch for Microsoft, after the relative failure of Windows 8, which was rolled out in 2013. Microsoft has high hopes for Windows 10, which it wants to see installed in a billion devices around the world by 2018.

Windows 10 boasts a common base on which developers will be able to build apps that work on smartphones, tablets, PCs and desktops, and even Xbox.

As part of the launch celebration, Microsoft will invest $10m to support missions of nonprofit groups including Malala Fund, CARE, Code.org, Special Olympics, and The Nature Conservancy.

While it still dominates the market for personal computers, Microsoft has struggled in the market for mobile devices, the majority of which are powered by the Google Android system or Apple's iOS.

Satya Nadella, who became CEO in 2014, is seeking to reinvigorate a company that had been the world's largest but which has lagged in recent years as Google and Apple have taken leadership of the tech sector. 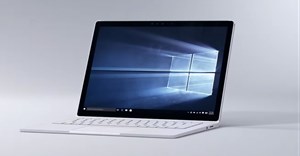 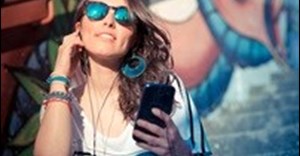 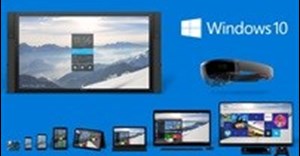