How music is pushing a stale stuck South African media

By: Johann M. Smith
"The world has become such a global village; it's a train that you can't stop. You can either jump on or stand on the side and watch it go by." DJ Fresh, IDM Mag interview
There was a special time in the late noughties when music meant something. Then came the teens. By 2013 MK died , shortly followed up by Rolling Stone SA, which vanished like shelf dust at your local Checkers.

The answer to the question: What will happen if you give everyone in the world the same soap box as a journalist? Was being answered. And since then it's all come down to how psychologically irresistible your Facebook memes are.

Here's what's happened and what we've learnt since.

There are only two certainties: doubt and change - and it's okay

After stretching the many ways there are in the universe to sell emotion, many professionals in the music industry adapted. Necessity became the mother of invention. Music journalists dipped their fingers into the digital agency honeypot (guilty as charged) and the ability to play the guitar no longer guaranteed your success - it became how #TurntUp you were on Twitter.

Cruelty or opportunity, the formula was already written on the wall: the weapons created to sell music could potentially create mass destruction in the so-called real world - and so a new unforeseen marketing machine was created, made up of individuals who know how to deal with the emotionally daunting experience of having your ideas rejected by the public at large.

The first lesson: adapt or die. Once you accept this you cash bigger cheques.

Music and technology is a match made in heaven. You can move as fast as you can create. The oodles of house mixes available on SoundCloud will have doubled by the end of this sentence.

The pace at which music moves exceeds the old rigid system of industrialisation. It took Ultra South Africa one try on their debut to get more than half the YouTube hits and double the number of comments than Meet South Africa's tourism brand video (partly due the latter's sucky name).

Just think about that for a second - a party events company for 21st century rave bunnies can compete with one of South Africa's strongest media forces. On its first try.

The second lesson, create a moment around your brand that moves at a pace your audience can follow.

Our perception of the truth has become everything

Pretoria-based premier music venue Arcade Empire updates its Facebook cover more times per month than the agency that does Pick N Pay's pamphlets can count. And the artistic quality artists put into the work - to say the least, the next time you're looking for a designer just leave comment on the Saturday night event's page.

Perception is everything and can be hard to duplicate. By tapping into your personal poetic licence you'll find that one thing only you can do and say.

The third lesson, everyone wants to be impressed. Here we are now, so entertain us.

Avoid risk, but show up for a fight

The recent beef between Casper Nyovest and AKA was a showcase of how an audience can be hooked on real-time tension. Yes it's cliché, but it's the kind of media hype money just can't buy and the risk that music is willing to take.

I will not go into detail regarding the lengthy processes that PR agencies, bands and DJs go to in order to avoid public disasters. Suffice it to say, a good name is worth more than fine gold. At the same time they also know when to speak up. Just consider this recent spat between and mustached rocker Bouwer Bosch and Huisgenoot.

Music will always be goldmine of ideas

Scattered across the vast Internet are golden crusts of marketing solutions created by music. Consider this recent discovery that came from an interview in Hubspot, Bill Richards VP of marketing of Sony Music revealed an angle on Drake's clever strategy - that could potentially spice up your next marketing strategy: "Drake doesn't go straight to pop radio. He puts up a mix tape, tweets clips of new songs, makes it seem like the record companies don't know about it (although they always do), and overall releases his music in a way that seems more personal to his audience. Pop is still shrouded with a corporate vibe."

The lesson number five, inspiration is everywhere so don't forget to leave your comfort zone.


We can always do better

So often brands want to guide their consumers. Take a lesson out of the DJ's handbook: feel the audience and go on a journey together, but also know that journey has to end. It's a realisation that few want to accept: that which becomes legendary, become kitsch. Just look at the 80s.

The last lesson: no matter what brand or band you're in, there's always a new generation looming around the corner and it's up to you to figure out what they want.

Johann M Smith is a music journalist turned content hacker. Known as the IDM MAG launch designer, Johann specialises in entertainment, travel and social commentary. Or as he puts it: "I speak as and for companies through social and design."
Read more: Johann M. Smith, music trends #BizTrends2021: A renewed focus on community through exclusive content and livestreaming7 Jan 2021 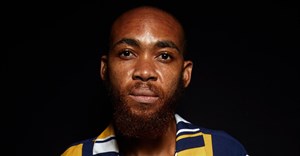 #BizTrends2021: Innovation and collaboration will shape a more sustainable future for musicians6 Jan 2021 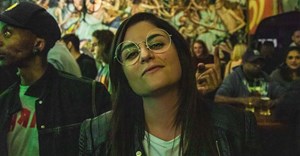 #BizTrends2020: From the rise of independent artists to the age of TikTok13 Jan 2020 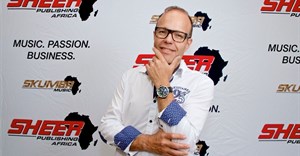 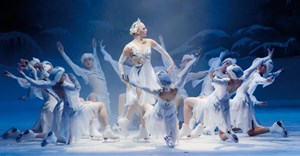 The Imperial Ice Stars are back to brag20 Jan 2016