The implications of body mass index for marketing

19 Jun 2006 | Email | Print |  PDF
Whether a person is underweight, normal weight, overweight or obese will often impact upon their attitudes and subsequent behaviour. Research from TGI reveals how consumers around the world differ dramatically when it comes to body shape.

With importance increasingly being attached to battling the rise of obesity and growing consumer demand for healthy alternatives, body mass index (BMI) information provides a way of understanding consumers based on their body characteristics.

A major finding from the research, which was conducted in eight national markets, is that over half of people living in the US, Great Britain and South Africa are overweight or obese according to the BMI classification.

Of the countries included in the analysis, Brazil has the lowest proportion of overweight or obese adults combined (39%). Germany, however, at 7% has the smallest proportion of people who fall into only the obese category. The findings also show that, in the USA and South Africa, almost a quarter (24%) of people are obese, and the number of people who are overweight has now exceeded the number who are of normal weight. Britain is not far behind, with almost a fifth (18%) of people being classed as obese and over a third (35%) overweight.

At the other end of the scale, France is home to the highest percentage of underweight consumers; this group constitutes 15% of the population. Interestingly, France and Brazil are the only markets where the proportion of underweight people surpasses those who are obese.

Less than half of people fall into the 'normal' weight category in the majority of countries. The figures reveal that Germany has the highest percentage (51%) of people who are classified as normal in terms of BMI, closely followed by Poland and Bulgaria (both 50%).

Despite these variations, common trends do emerge across all of the countries analysed when it comes to the demography of BMI groups. Perhaps unsurprisingly, it is the younger consumers (aged 18-24) who are most likely to be classified as underweight.

In every country analysed apart from the US, older consumers (aged 45+) are considerably more likely than average to be either overweight or obese. In the US, age has less bearing on the likelihood of being overweight of obese.

There is a pronounced gender split when it comes to BMI classification. In all markets. men account for the majority of overweight consumers, whereas the underweight category is populated largely by women. However, there is no particular gender bias amongst the obese group.

What does this mean for marketers?

In terms of product choice, the findings show that consumers who are classed as obese exhibit a particularly strong propensity towards low-fat and diet versions of food and drink products.

In the US, obese consumers are far more likely than the majority of the population to choose products such as Slim Fast shakes, Atkins Advantage snack bars and Coke Light.

Attitudes towards health and diet further reveal some of the hidden complexities relating to body weight. In France, although 62% of obese adults admit that they should do a lot more about their health, almost half (47%) say that a busy lifestyle stops them from taking care of themselves as well as they should. 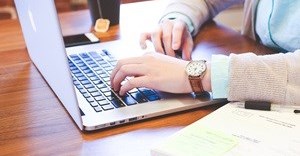 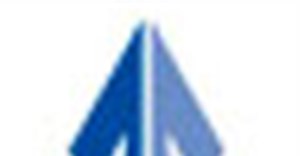 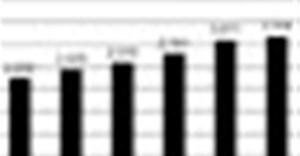 Black middle class on the up...25 Sep 2008
More related
Republication of selected Bizcommunity content for non-commercial purposes is allowed if the original article is linked to with "Source: www.bizcommunity.com". Please click here for more information and to request permission.
Let's do Biz